Sunset In The East

As the ruins of its lost bastion in Tripura are inspected, CPI(M) mandarins prepare to decide on an alliance with the Congress 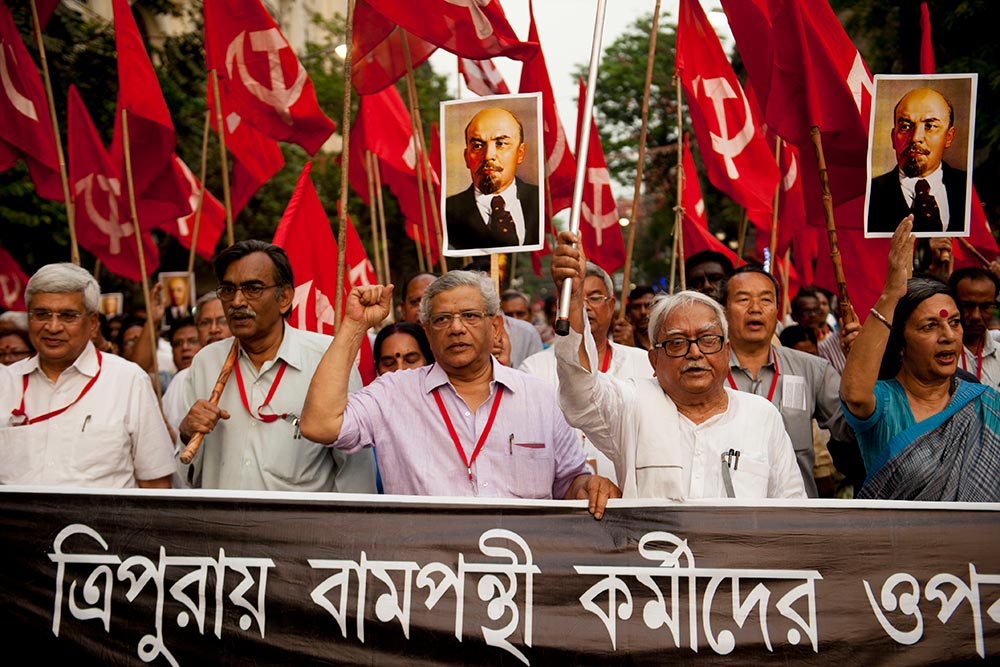 The CPI(M)-led Left Front’s steep fall in the recent Tripura Assembly election—ending its 25-year old rule and bringing a BJP-led coalition to power here for the first time—has brought back to boil the debate that has been roiling the party: whether an alliance with the Congress was the need of the hour.

Though the Congress is not being named, the resolution at the end of the five-day state conference of the CPI(M) in Calcutta (from March 5-9) may end with a call for uniting with all “democratic and secular” forces to deal with the bete noire number one—the BJP.

A similar proposal, contained in a resolution moved by CPI(M) general secretary Sitaram Yechury at the party’s central committee meeting in New Delhi in January, was res­oundingly defeated in a 55-31 vote by the delegates. The main opposition to Yechury’s proposal comes from CPI(M) leaders from Kerala—the only state where the CPI(M) is in power and where its main rival is the Congress. This position was explicitly reiterated by Kerala party leader...