Success Has A Maha Face 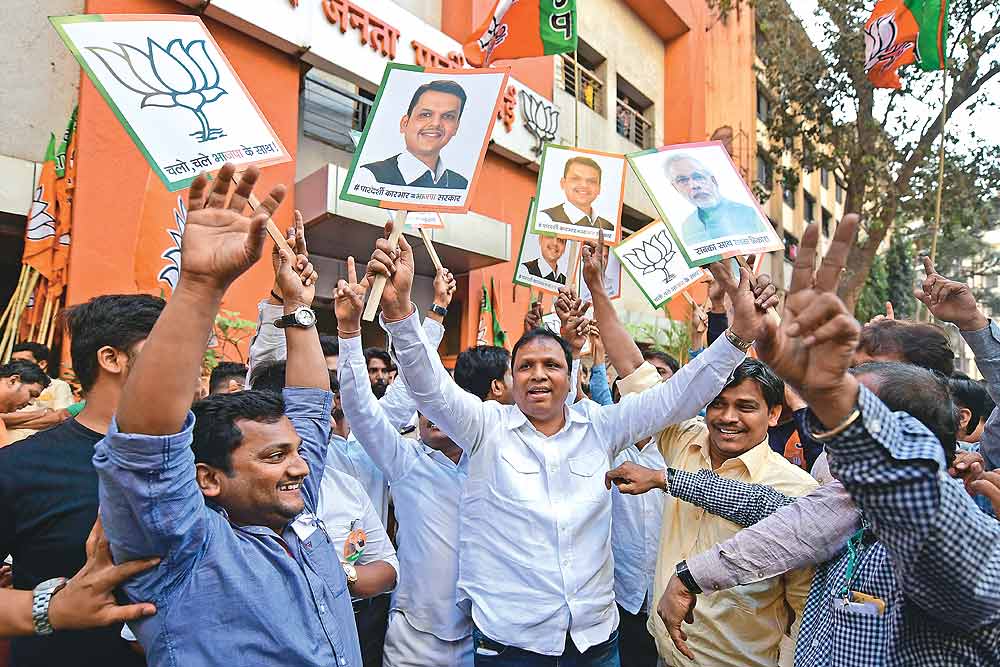 “Ha majha shabda ahe (this is my word to you),” reads a hoarding with a picture of a smiling Devendra Fadnavis. These hoardings dotted the walls of Mumbai and neig­hbouring towns during the campaign for the city’s recent municipal elections. In ­another time, a smirking CM’s blow-up across Mumbai’s streets would not have been considered an ideal pitch for a local body’s election campaign; Fadnavis is not even from Mumbai, he hails from Nagpur. But, times have changed, and so has the ­political scenario in Maharashtra.

The BJP has exceeded all expectations by winning eight out of ten municipal corporations in the state. The Congress and the NCP (Nationalist Congress Party) have performed poorly, though they have managed to do well in the zila parishad (ZP) elections. In the BMC election, the BJP managed to bag 82 seats, just two short of the Shiv Sena’s 84. This is a tremendous increase for the BJP, which had won only 31 seats in the previous BMC election. This time the BJP was contesting alone, breaking its 25-year-old...