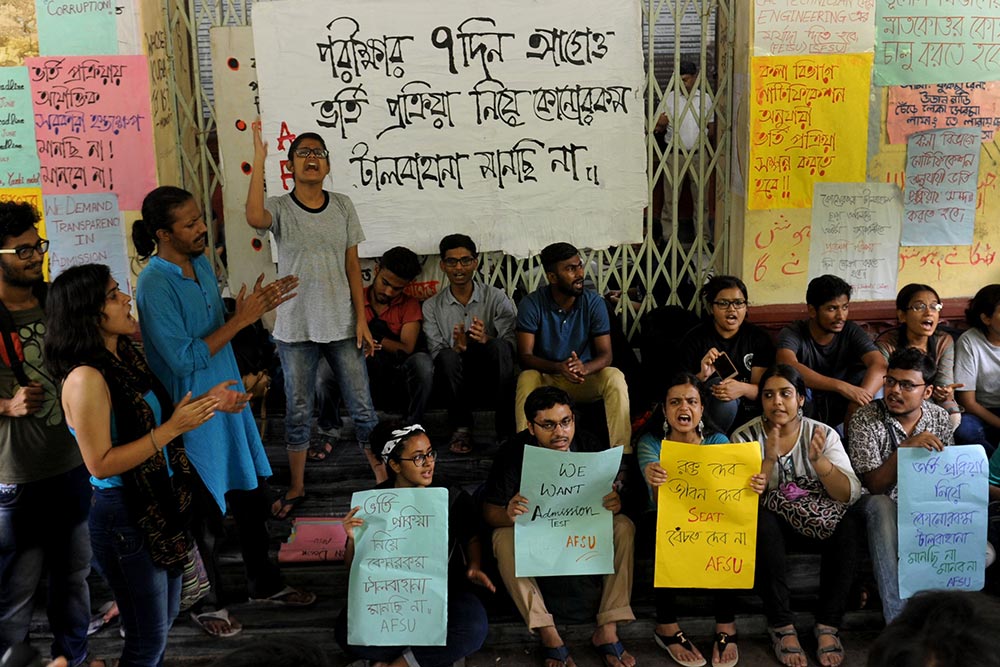 The fiery protests were soaked, but not doused, in the driving rain. Ostensibly, the campus agitation that erupted at Calcutta’s Jadavpur University on the afternoon of July 4 and continued to simmer unabated thr­ough the next couple of weeks—all through torrential rains in the monsoon-wrapped city—was a student-teacher revolt against an arb­itrary decision by the institute’s governing body, the executive council (EC). The EC had announced that starting this year it would scrap the practice of holding entrance tests for admissions to six of the undergraduate cour­ses of the university’s arts programmes, going back on their decision taken in late June, which promised to stick with the established practice.

It meant that the only basis for getting admission in these departments—English, comparative literature, history, philosophy, and international relations—would be marks obtained in the 12th-standard final examinations. Incensed by the decision that would, it was deemed, inevitably lower standards and erode...