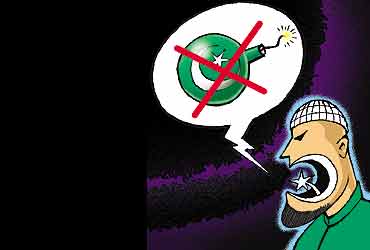 outlookindia.com
-0001-11-30T00:00:00+05:53
At Beslan an arcade of shattered lives competes for media attention. Here, the freelance Ronins of the Arab world teamed with reigning Chechen guerrilla Samil Basayev and spilled many thousand litres of blood. In inexplicable times, where the moral high ground is determined by the age of the newly dead, Beslan is right up there on the charts. A place where a Chechen clone of the Al Qaeda debated briefly the pros and cons of shooting children and decided that killing kids was an Islam-endorsed pursuit. Half of the 326 hostages killed in Beslan were children.

Fuelled by their demented vision of Islam, the goons, even in their most heinous discharge of fanaticism, perhaps, did us one favour. They provided space for Muslim moderates to speak out. In an environment where Arabs criticising terrorism often delegitimise themselves, the outpouring over Beslan was unique. A few samples. Strident criticism came from Abdel Al-Rahman Al-Rashed, ex-editor of London daily Al-Sharq Al-Awsat