Steel In The Driftwood

An ex-engineer, ATS chief Hemant Karkare was to the end a man focused on the details 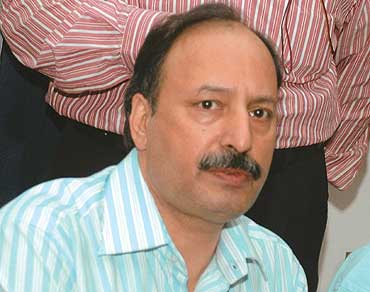 outlookindia.com
-0001-11-30T00:00:00+05:53
This was meant to be an interview with Hemant Karkare; the horrific terror attack of November 26 night has turned it into a personal tribute. As the Maharashtra ATS chief, Joint Commissioner Karkare, 54, would not speak to the media about his assignments. Once his teams had cracked the Malegaon blast of September 29, ’08, and zeroed in on radical Hindu groups and serving Indian army officers, the normally reticent Karkare had retreated further into his shell. After Outlook carried a series of stories over the last month on that investigation, Karkare had finally agreed to an on-record interview but warned that he would not tell me very much. That meeting on Wednesday never did happen.

Karkare would have been embarrassed reading about himself, especially when 13 other cops have also died battling the terrorists. He was that kind of officer. An ips man, he was calm under extreme pressure, correct to a fault, reticent though amiable, and above all, completely focused on the assignment at hand. The Malegaon investigation brought him into...