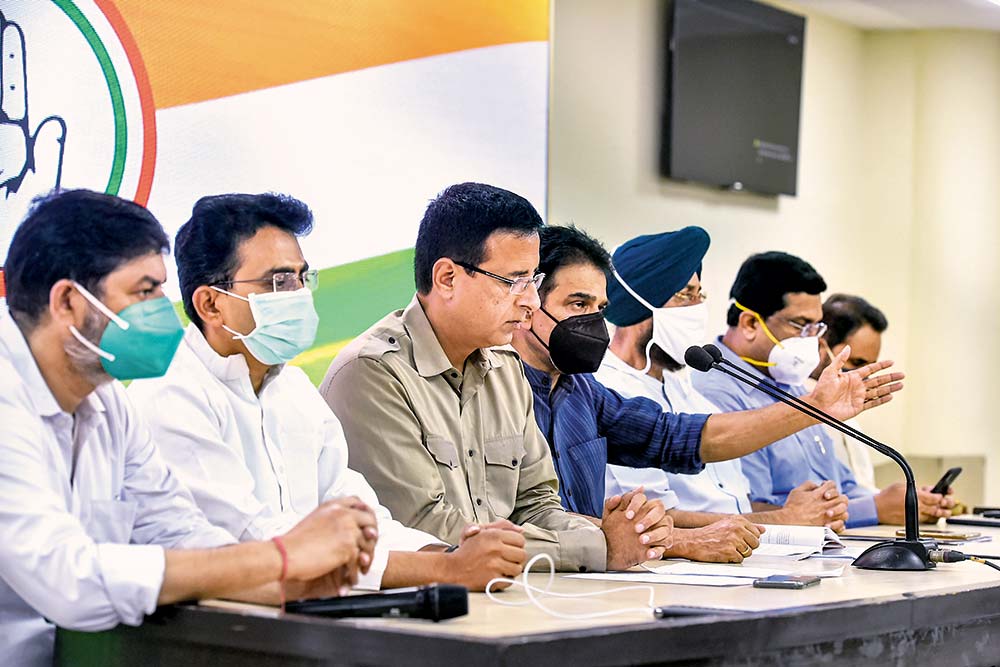 Parliament’s monsoon session got off to a stormy start with a slew of contentious moves, especially the three ‘farm bills’, drawing relentless criticism by a seemingly united Opposition. But, even as the Congress tried to corner the Narendra Modi government, it also ensured that senior leaders who had recently petitioned interim party chief Sonia Gandhi, asking for organisational reforms, did not emerge as the face of the onslaught against the Centre.

Among the 23 leaders who had signed the letter, there were seven MPs—Ghulam Nabi Azad (leader of Opposition in the Rajya Sabha), Anand Sharma, Kapil Sibal, Vivek Tankha, Akhilesh Prasad Singh, Shashi Tharoor and Manish Tewari. While Azad and Sharma made strong interventions in the Rajya Sabha against the government on the border conflict with China, the farm bills and the suspension of eight Opposition MPs, Tharoor and Tewari have been blistering in their criticism in the Lok Sabha. None of them, however, was sought out by the Congress to address the media at briefings following the day’s...