Stars Clash In ­The Shadow Of Death 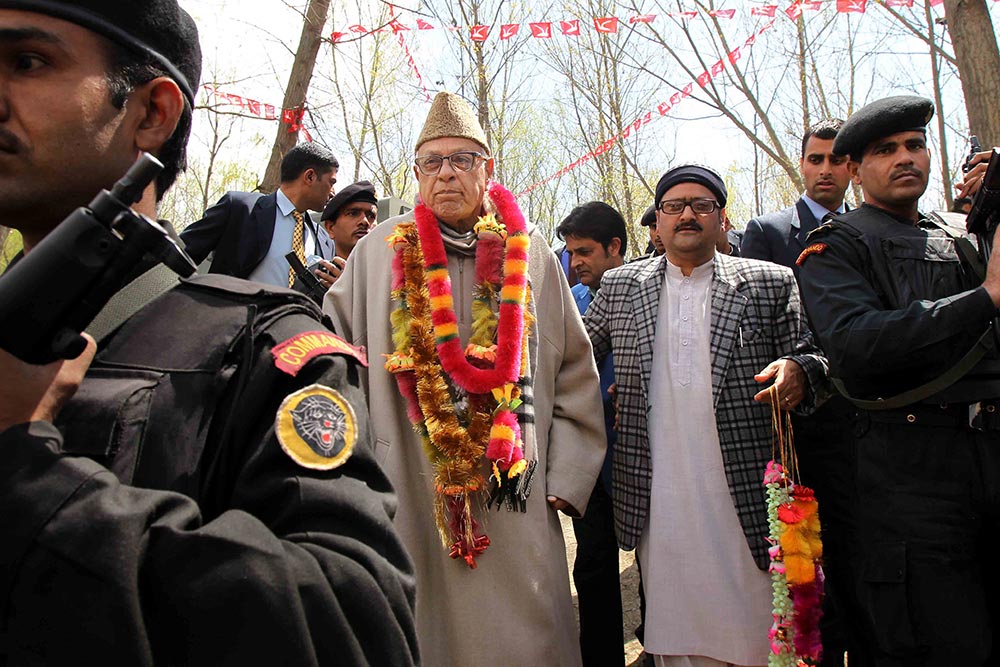 Centrepiece
Farooq Abdullah is contesting for the Srinagar seat that he lost in the 2014 Lok Sabha polls
Photograph by Javed Ahmad
Naseer Ganai March 30, 2017 00:00 IST Stars Clash In ­The Shadow Of Death

“Everyone has to die one day…. One shouldn’t fear death.… God is the ultim­ate saviour.” These words are not from a sermon to believers, but were spoken by Nizamudin Bhat, general secretary of the People’s Democratic Party (PDP), at an election meeting in South Kashmir on March 25. In the audience were around 300 party workers, almost everyone above 40 years of age. With no flags, festoons and banners, it looked like anything but an election crowd.

The workers had come to hear Mufti Tassaduq, the 45-year-old PDP candidate for the Anantnag Lok Sabha seat. Cinematographer-turned-politician Tassaduq is the only son of the late Mufti Mohammad Sayeed and brother of CM Mehbooba Mufti. Bhat’s “inspirational” words signalled the party’s apprehension of a low voter turnout on April 9 and April 12, when bypolls will be held in Anantnag and Srinagar parliamentary constituencies, respectively.

The fear isn’t unwarranted, indeed, as the separatists’ call for a poll boycott this time comes after several...