A halo? An indistinct nebula? Those who beheld her say they were cured of doubt. 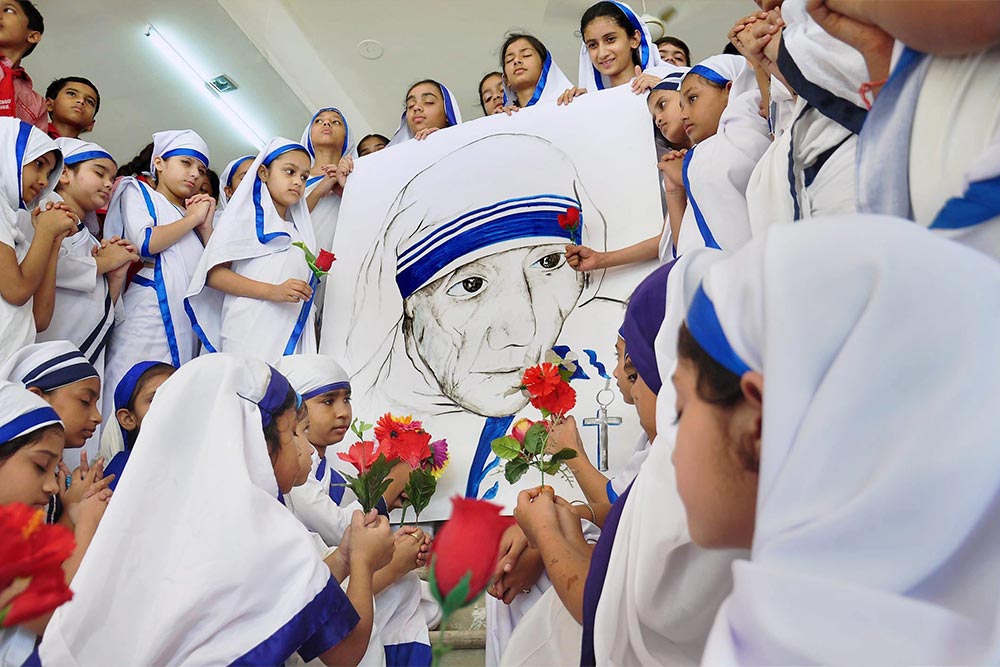 Mother Teresa stretched out her hand like a beggar towards a merchant on the streets of Calcutta. “Give me something for the poor, the hungry, the sick and the lon­ely,” she said. He smiled diabolically and barked, “Here, take this”, and spat on her open palm. She moved her frail, quivering arm to her heart, wiped her fingers on her sari, bent low and whispered, “Thank you. This is for me. Now give me something for my children.” He was then moved to tears.

A priest of the Missionaries of Charity, who was witness to this incident—where Mother Teresa had approached a wealthy Calcutta businessman in the age-old manner of bhikshus—cannot control his own tears as he narrates it to Outlook. “She has been at the receiving end of scathing criticism for accepting money from ‘the evil’, but those who try to defile her reputation don’t understand the depth of her love and compassion. For her, no one was wicked, no one was beyond redemption. And when it came to feeding her hungry children, she...