Star-In-Law: A Study In Contrast 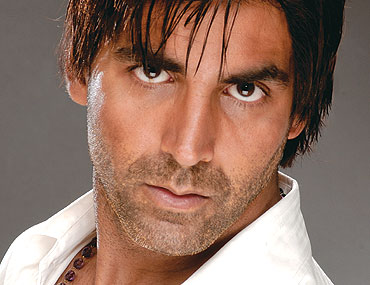 outlookindia.com
-0001-11-30T00:00:00+05:53
It's summer 2006. The grounds of a stately, quintessentially English home in Buckinghamshire is a hubbub of activity. Bollywood is in the air as director Vipul Amrutlal Shah discusses the next shot with cinematographer Jonathan Bloom. Katrina Kaif, shivering in the sudden chilly breeze, looks fetching in a wedding gown as she hovers near a Rolls Royce limousine festooned in wedding bunting. We are at the location shoot of Namastey London.

Some distance away, in the middle of a vast expanse of sward, a Mercedes is parked, doors open. A besuited Akshay Kumar reclines in the driver's seat, listening intently to a Producer Who Shall Not be Named, as he narrates his dream project—about a stuntman. Narration done, Akshay switches on the car's music system. The opening strains of shabad gurbani kirtan Nirgun Raakh Liya, sung by Raghubir Singh Diwana and Akshay himself, flood the English countryside. He lies back, eyes closed, intoning the words of the hymn under his breath.

The superstar is at peace.