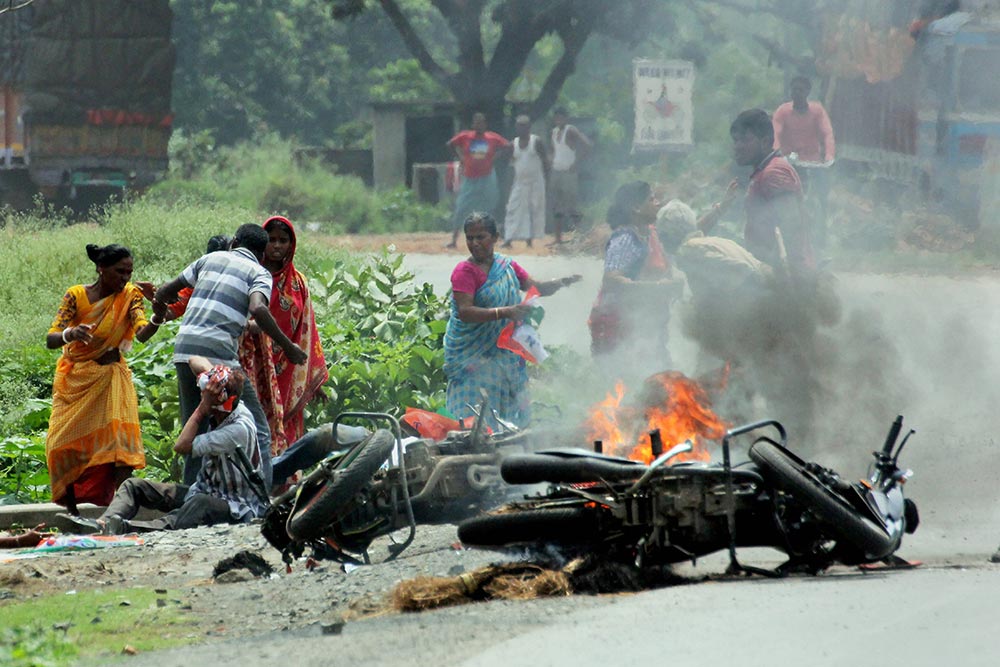 A vehicle burns, as the injured lie around during Bengal’s poll violence
Photograph by PTI
Dola Mitra May 16, 2018 00:00 IST Stamped In Cordite

If morning shows the day, pan­chayat elections in West Bengal scrupulously followed the sanguinary script. Ever since polls were ann­ounced on March 31, Bengal had des­cended into a cycle of violence, int­imidation and chaos. The ruling Trinamool countered the litany of opp­osition complaints with bland denials, as the nomination process and final date of polling wound through a tortuous legal and political path. On May 14, the violence, as expected, reached a bloody crescendo. In all, 14 people lost their lives, including TMC members; hundreds were injured. Bombs were lobbed, sticks wielded with impunity, guns brandished to terrorise voters. Especial att­ention was lavished on ballot boxes—some were set afire, some prised open with pokers, others had water poured inside them. Still, an indefatigable 72.5 per cent of the electorate voted.

On the face of it, it was just a rural election. But if capturing power in  West Bengal is one of the avowed goals of the BJP, it has made poor progress in making itself count in the panchayat polls....