John Wright has moulded a team of famous men uncomplicated by the ways of fame. Now it's a problem of plenty. 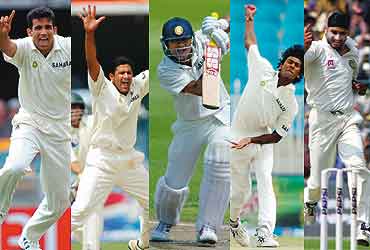 outlookindia.com
-0001-11-30T00:00:00+05:53
Down a lane off the South Bombay sea face, along dark narrow passages and up an ancient stairway is the office of the Board of Control for Cricket in India. It's a somewhat impoverished office, dressed like a government outfit with steel cupboards and wooden peons.

In one corner is the cabin of Ratnakar Shetty, who went to Pakistan as the manager of the Indian cricket team. Inside, on a spare table, rest two identical golden trophies, one for India's 3-2 win in the one-day series and the other for its 2-1 Test series victory.

Touch, feel and lift them respectfully. What they represent was among India's greatest sporting pursuits, though for the moment they stand here like giant paperweights. When Shetty is ready to leave, he throws a bored look around his cabin, switches off the lights and shuts the door. The Samsung cups will remain there, through the long night's emptiness. One part of how they got to Shetty's room must be told.

During the 2003 World Cup, team coach John Wright was asked by someone, "The Indian team is full of superstars. They have played more...