Threatened yes, but the straight hasn't wiped out the cryptic yet 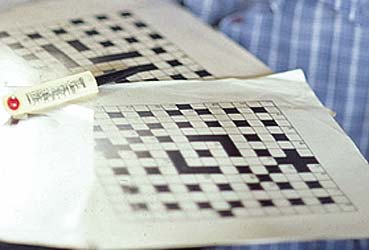 outlookindia.com
-0001-11-30T00:00:00+05:53
From the British we picked up cricket and crosswords. Cricket is alive enough, but the British crossword, in its pristine cryptic form, looked an endangered species through the years. But it’s survived, at least as a Sunday feature. The Economic Times picked up this genre of crossword even as The Times Of India dumped it.

It was Times’ crossword editor Alan Cash who initiated me into the nuances of the cryptic as an art form. Things were going fine till I had this brainwave of turning the Sunday Cryptic into The Times of India Dual Purpose Crossword. The clues lined up to the left were all cryptic and those on the right were all straight while providing only one square pattern for solving. This proved a fatal error of judgment. For the bona fide cryptic solver naturally never looked at the straight clues while the fringe solver began, ever so languidly, settling for the straight clues, given only the one square in which to work. This, in a sense, has been the straight dilemma facing the cryptic crossword in India over the last three years....