Spring In Their Steps

A welcome Bihu break—song, dance, revelry and pleasing mekhela-sador—after weeks of verbal poison rain. But on the other side, the mystery will unravel. Who will win Assam? 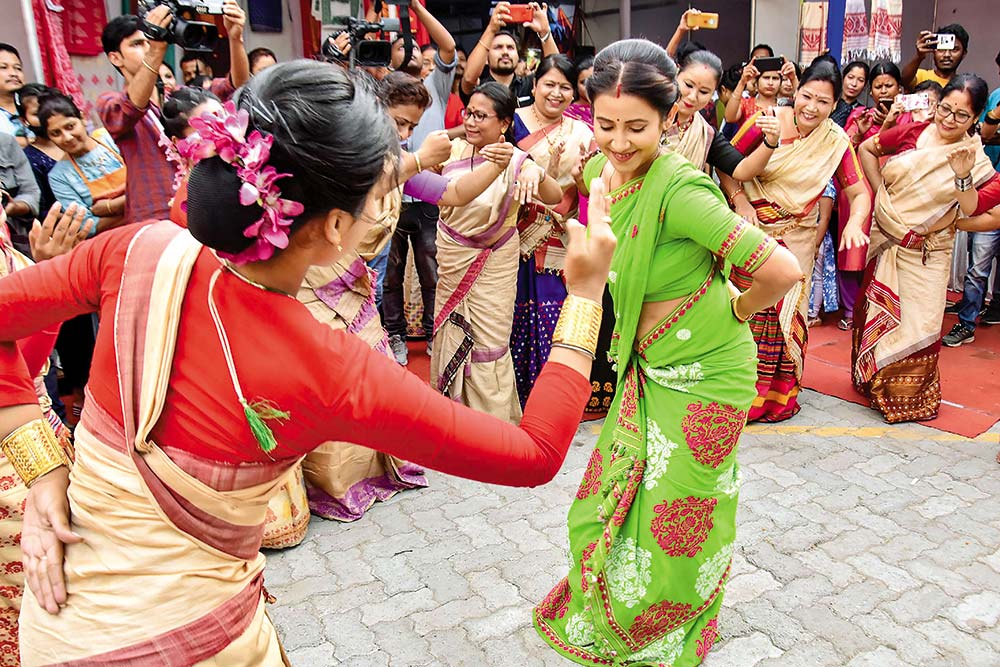 T.S. Eliot might have bel­ieved that April is the cruelest month, but ask any Assamese and the answer will probably be a snarky comment about the utter absurdity of such a thought. The advent of spring heralds Bohag in Assam—the month of joyous and fun-filled celebrations that unites the state for Rongali Bihu, the biggest and most colourful of all social events in the state. Most people of the state would surely welcome the festivities and some soul-cleansing Bihu songs after months of bitter acrimony and tasteless barbs that flew around as the state voted to elect a new government.

The three-phase elections in the state ended on April 6, marking the beginning of a long wait for the results on May 2. And perhaps also kicking off the Bihu celebrations. No wonder, a few polling booths in the last phase were decked up in Bihu themes. At a voting station in Goalpara, the women polling personnel wore identical mekhela-sador—the traditional Assamese attire.

But it will not be all song and dance for the ruling BJP-led alliance this election,...