The Champions Boat League of Kerala features nine top boat clubs and has a prize money of Rs 5.9 crores. While it is aimed at boosting tourism, many feel it's hurting the pride and culture of Kerala 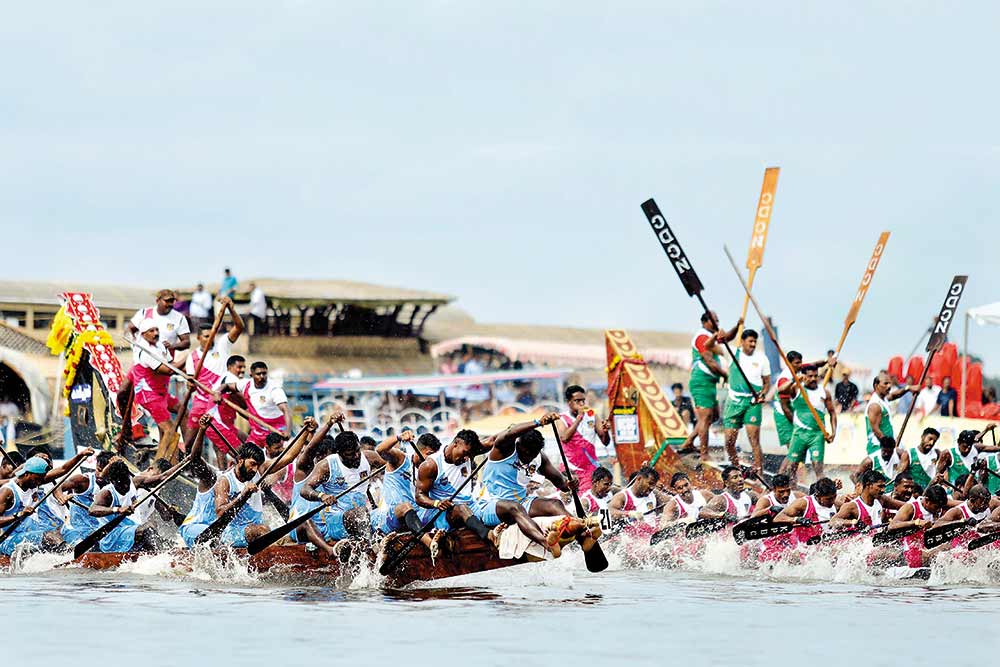 Reverie comes easy on a full stomach under the palm fronds on the banks of a placid rivulet in Alleppey. Not on R.K. Pillai’s watch though. With piercing whistles and words, the ex-army man cuts through the noon lull, spurring his 100-strong crew into formation in the 67th edition of the Nehru Trophy Boat Race (NTBR)—the ‘Olympics of the backwaters’.

As if competing for club and kara (traditional land divisions in the countryside) in the marquee chundan vallam (snake boat) competition—which fields the largest line-up of massive 100-140-ft anjili (jungle jack tree) boats—was not pressure enough, this year’s NTBR doubled as the inaugural race of Champions Boat League (CBL): a snake boat tourney modelled after Indian Premier League. The state government rolled it out to offset the drop in tourism during the monsoon months.

CBL features nine of the top boat clubs in 12 river races over a three-month period bookended by the NTBR on August 31 and the prestigious President’s Trophy Boat Race on...