The first Indian football team to win the historic IFA Shield three years in a row, East Bengal club continues to symbolise the honour and hope of a battered community over decades. 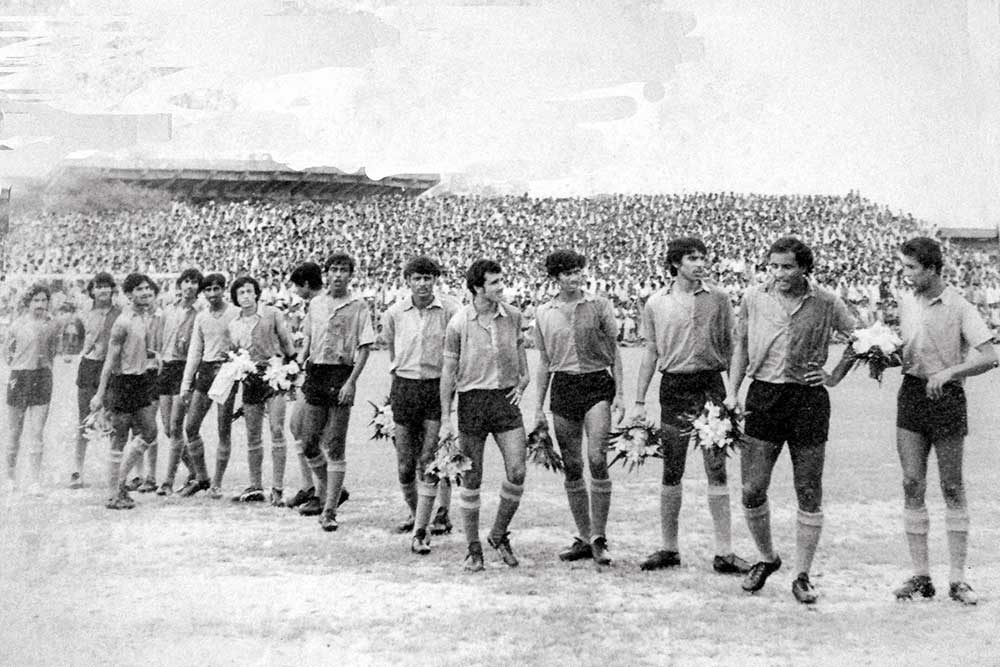 The E. Bengal team that crushed Mohun Bagan in the IFA Shield in 1975

Cricket trickled down to Indians through the colonial British upper classes in Bombay, but Indians inherited the leather orb that rules the world of sport from English privates—a proletarian game then, as now—in Calcutta. Its popularity soared in the second half of the 19th century and the city and towns in West and (erstwhile) East Bengal fairly bristled with football clubs, none more famous than Mohun Bagan (est 1888), one of the oldest in the world. Football was extolled for its manly, vigorous virtues, and its rise in Bengal was effectively analogous to the rise of the revolutionary sec­ret societies. Nationalism was in the genes of Indian football and it gained momentum following Mohun Bagan’s historic win in the IFA Shield Final in 1911 against East Yorks—a British army side. Calcutta attracted football talent from all over the country, particularly from East Bengal, and hosted top football tournaments—Calcutta Football League, IFA Shield, Cooch Behar Cup, Trades Cup etc.

It was the raw deal meted out to players from East...