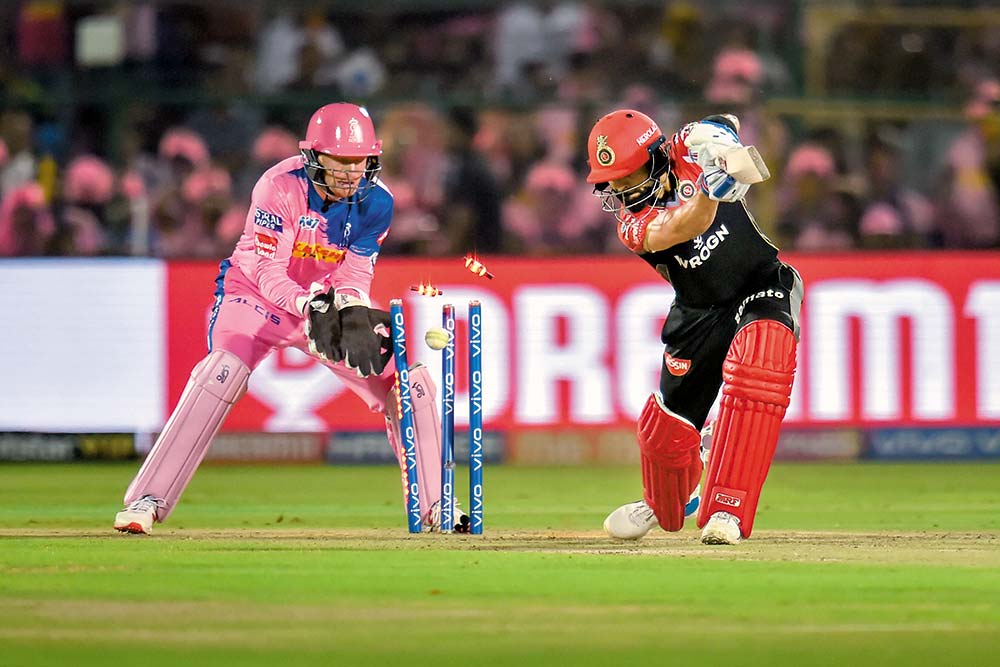 For every thousand who whip up hysteria and its corollary, hateful fake news, on soc­ial media, there are a few wags wielding genuine wit. After perennial bridesmaid Royal Challengers Bangalore (RCB) crashed to their sixth straight defeat last week in IPL 2019, a gentleman on a WhatsApp cricket group posted a new expans­ion of RCB: Royals Consistently Beaten. As if on cue, another asked: “Is there any provision of withdrawing a team in the middle of IPL?” Then, he added: “That was Vijay Mallya asking, not me...now he is trying OLX.” Another member leapt into the near-future: since RCB was virtually out of contention for the play-offs, captain Virat Kohli should take a break and prepare for next month’s World Cup.

Indeed, for all its chest-thumping partisan support, hyper-active television commercials, star players and the aggro personified by captain Kohli, the ground reality for the RCB is that they failed to win the title in 11 previous seasons. And, with a sorry farrago of missed chances, dropped catches, top batsmen failing and...