The Reinvention Of ‘Usain’ Yadav 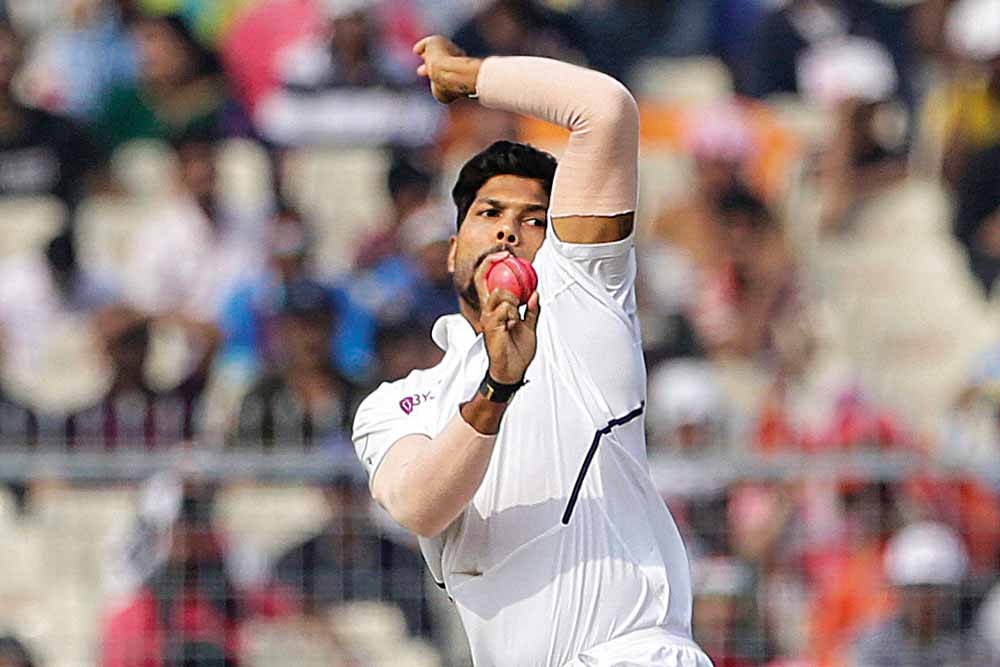 In 2006, Sharad Padhye, then joint secretary at the Vidarbha Gymkhana, heard that there was a boy who bowled real quick. His club promptly drafted the young man for their next A-division match of Guzder League. Although he took a solitary wicket, his overall performance impressed Padhye.

More than a decade later, Umesh Yadav’s bowling chops continue to impress. In the just-­concluded two-Test series against Ban­gladesh, Yadav, an Usain Bolt fan, bowled with speed and venom. With 12 scalps, he emerged as the top wicket-taker along with Ishant Sharma and India became the first team to register four successive Test wins by an innings.

“Even in 2006, Umesh was bowling at 145-150 kmph, which was a rarity then,” says Banerjee. Former India pacer Balwinder Sandhu adds, “Earlier, Umesh was faster but wayward. Now he’s bowling good lines and lengths. He has reduced his pace to have more control over his bowling.”