India has been the Afghan cricket team’s other ‘home’ since 2015, when the Afghanistan Cricket Board (ACB) signed an MoU with the BCCI and the Greater Noida Industrial Development Authority to use Shahid Vijay Singh Pathik Sports Complex. 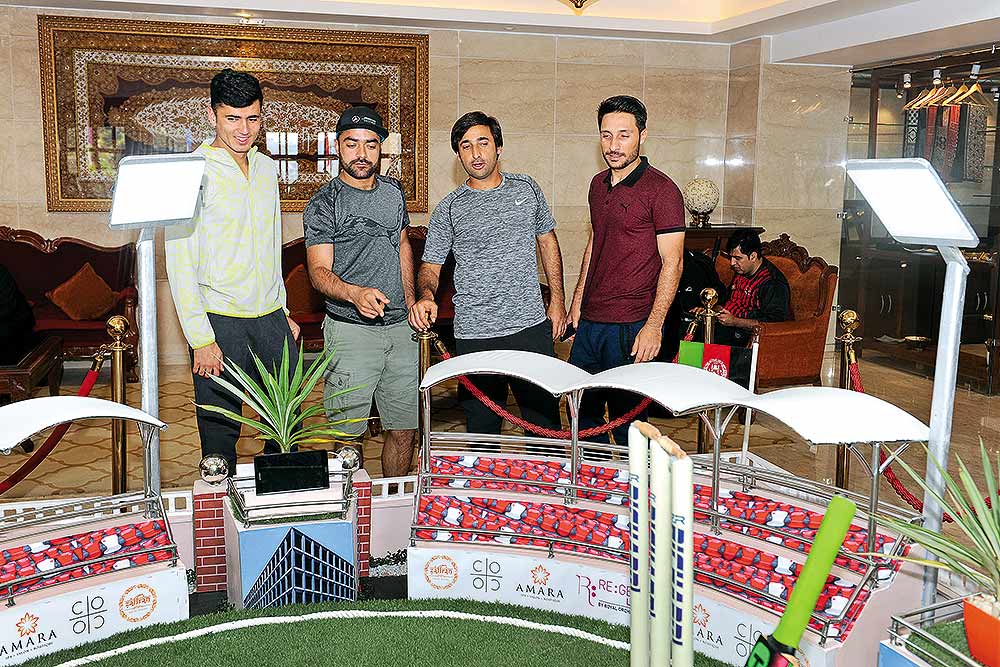 Afghanistan’s Rashid Khan, the world’s No. 1 bowler in ICC’s One-day International and T20 rankings, is stuffing himself with murgh-malai tikka. His captain, Asghar Afghan, has long adjusted to ‘spicy’ Indian food. While nothing comes close to Afghanistan’s dry fruits, Asghar, at times, still carries high-quality Indian cashew nuts home. Collectively, team-members have fallen for another Indian product—Oud attar, one with a fragrance that permeates the very soul. Afghan cricketers, then, are comfortably at ‘home’ in India, thanks to the support and love showered on them by local followers of the game—among them, thousands of Afghan students who regularly throng stadiums to watch their national team play.

Yet, the cricketers aren’t on a long tour away from the scenic, craggy terrain of their beloved homeland. Quite uniquely, the national team is locked in a series with Ireland in Dehradun, capital...