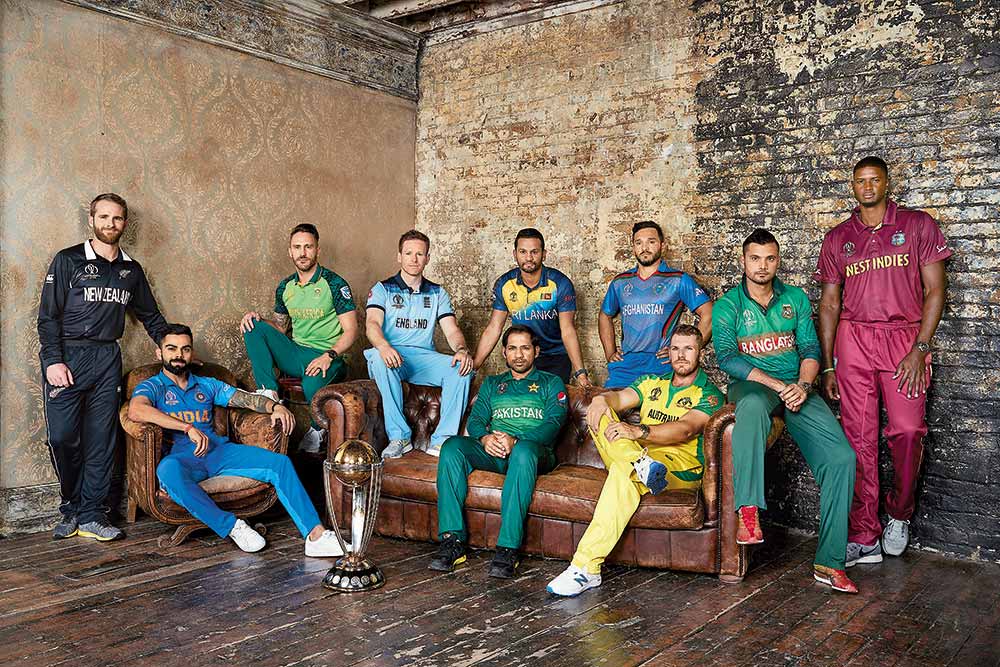 The gritty environs mirror the readiness of the 10 captains to do battle
Photographs by Getty Images
Qaiser Mohammad Ali May 29, 2019 00:00 IST MS Dhoni Jewel In The Crown, Potential And Intensity Indian Cricket Team's Biggest Assets In World Cup 2019 Campaign

Statistics: sharp as a spear, dry as dust; shorn of flesh, yet stimulating. When applied to cricket—where flannelled demi-­gods toil on freshly shorn greens under a perpetually golden light, where every twist of a game is a byword for life itself—it is oddly addictive. Cricket’s connoisseurs have forever thumbed through their trusted almanacs, glorying in the poetry of the game, yet committing facts to memory like a Gradgrind. As the ICC cricket World Cup draws us in, game after game, into its vortex, here are a couple of stats to warm up with. Five-time champions Aus­­­tralia have won most consecutive matches (25) spanning four World Cups, from 1999 to 2011. They also hold the rec­ord of the longest unbeaten streak, of 34 matches, again stretching from 1999 to 2011. Twice winners India are placed second on both lists, with 11 matches apiece; in both cases the per­iod is the same, from 1999 to 2011.