It’s Freezing, But They Want To Bat

Sporting bonds are bound across the India-Pak border. They yearn for the stifling siege to lift. 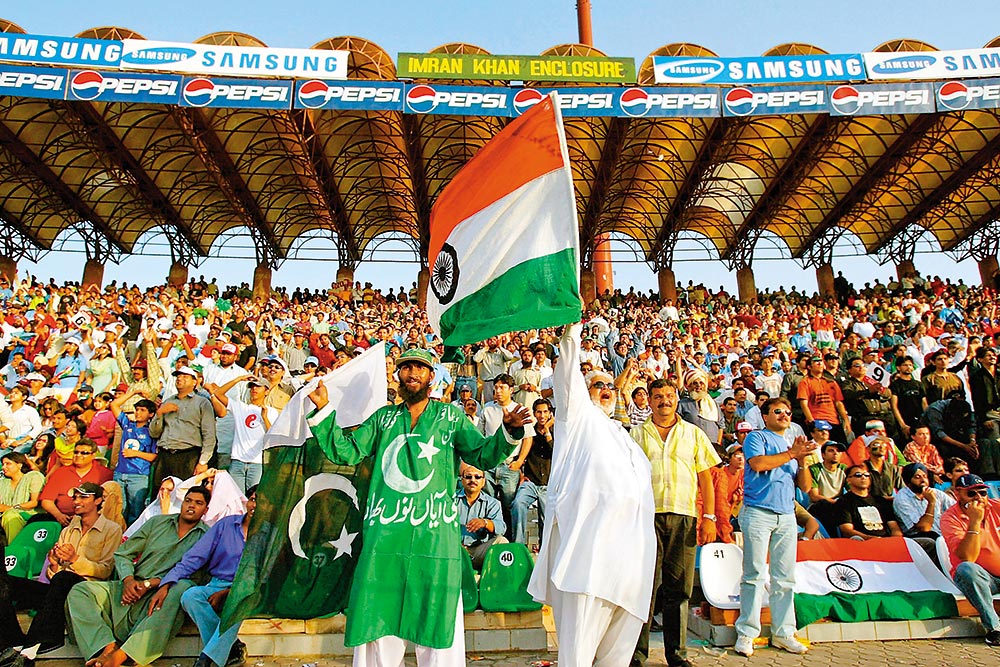 Cheer Together
Indian and Pakistani supporters watch an ODI in Lahore on March 24, 2004
Photograph by Getty Images
Qaiser Mohammad Ali March 06, 2019 00:00 IST It’s Freezing, But They Want To Bat

Around the time of the sanguinary Partition of India in 1947, hockey wizard Dhyan Chand was posted by the British Indian Army in Bannu, near Kohat—currently in southern Khyber Pakhtunkhwa in Pakistan. After he ret­urned to a newly partitioned India, his salary got stuck in Pakistan. After almost 27 years, he received his salary, all of Rs 13,000, thanks to a Pakistani who was an Indian once—the legendary hockey forward Col (retd) Ali Iqtidar Shah Dara.

Partition couldn’t weaken the bond forged between Dhyan Chand, then part of the Punjab Regiment, and Dara on and off the field. Both played as forwards for the Indian team that won gold in the 1936 Olympic Games in Berlin, and their combined exploits are now part of hockey lore. Dara went on to captain Pakistan and played in the 1948 Olympics. Both met up again in 1974 in New Delhi when Dara accompanied an Asian All-Star XI that played matches in India. At a reception hosted by then Prime Minister Indira Gandhi, Dhyan Chand told Dara about his outstanding salary. “Within a few months, bauji...