Hyderabad Back On Indian Football Map But Can It Rise From The Ashes?

More than a dozen footballers in India's Olympic teams of the Fifties came from Hyderabad. The city now has a team in the ISL but yesteryear superstars like Rahim Sahab, Balaram, Habib and Nayeemuddin are completely forgotten 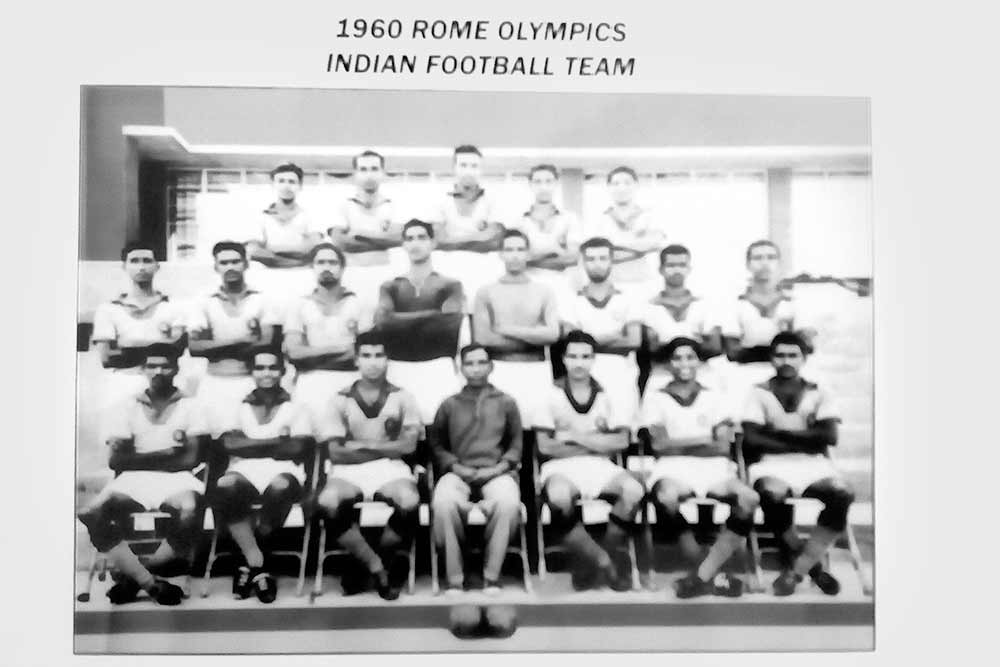 Southern Pillars
The team for Rome, 1960 poses with the great Rahim Sahab
Photograph by S.S. Hakim
Soumitra Bose, Neelav Chakravarti October 24, 2019 00:00 IST Hyderabad Back On Indian Football Map But Can It Rise From The Ashes?

How do empires—not merely of realms but those springing from a fount of exceptional skill—wane? By what slowly unfolding turn of fate does a rich vein of inspiration and influence attenuate into barrenness? The nouri­shing current that made Hyderabad a powerhouse of Indian football has abandoned that once fecund stream, leaving behind a tract rich in tradition and memory. Consider this: when Andhra (Hyderabad till 1958) defeated Bengal one-nil to win the Under-19 national crown for the Dr B.C. Roy Trophy in 1976—its last national football title—Bhaichung Bhutia was just born. It won the Santosh Trophy thrice and twice in succession, produced a team like Hyderabad City Police that clinched a record five Rovers Cups on the trot and produced over a dozen top players for two successive Olympic and national teams. Our vaunted golden era of football in the ’50s belonged to Hyderabad.

Just like its astonishing rise and dominance, Hyderabad’s precipitous decline was a great setback to the progress of football in India. Yet, between 1950 and...