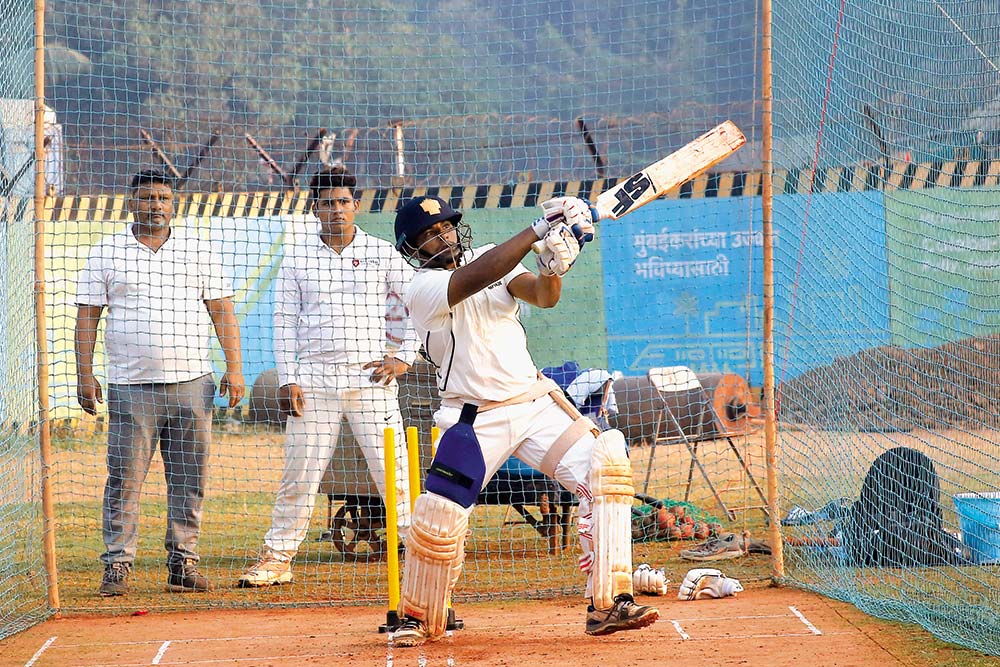 Sarfaraz Khan finished with the top average in the 2019-20 Ranji Trophy
Photographs by Emmanual Karbahri
Qaiser Mohammad Ali May 22, 2020 00:00 IST How Brothers Sarfaraz And Musheer Khan Fought Darkness To Be Among Indian Cricket’s Brightest

Depression, the blight that has its talons sunk across the world, can melt the doughtiest of per­­sons. Only a few emerge stronger, but it takes mental toughness and doggedn­ess. Sarfaraz Khan and younger bro­­ther Musheer, the young cricketers of Mumbai, seem to have those qualities in abundance. They not only overcame a tormenting 2019 but notched up career best performances in the season that ended in March.

Even as Sarfaraz was serving a one-year cooling-off period in 2018-19 season to qualify to represent Mumbai again on his return from Uttar Pradesh after five years, the Mumbai Cricket Association (MCA) banned Musheer for three years for indiscipline. As the blues slowly consumed Musheer, their father-cum-coach Naushad too succumbed to depression. The three faced a bleak future in cricket—the only thing the family lives for. But, guided by a doting Naushad and some psychiatric therapy, how the two boys have returned with stronger res­olve and renewed vigour! They scored runs and dismissed batsmen almost at will, playing with steely...