Captain Pumpkin And His Papayas 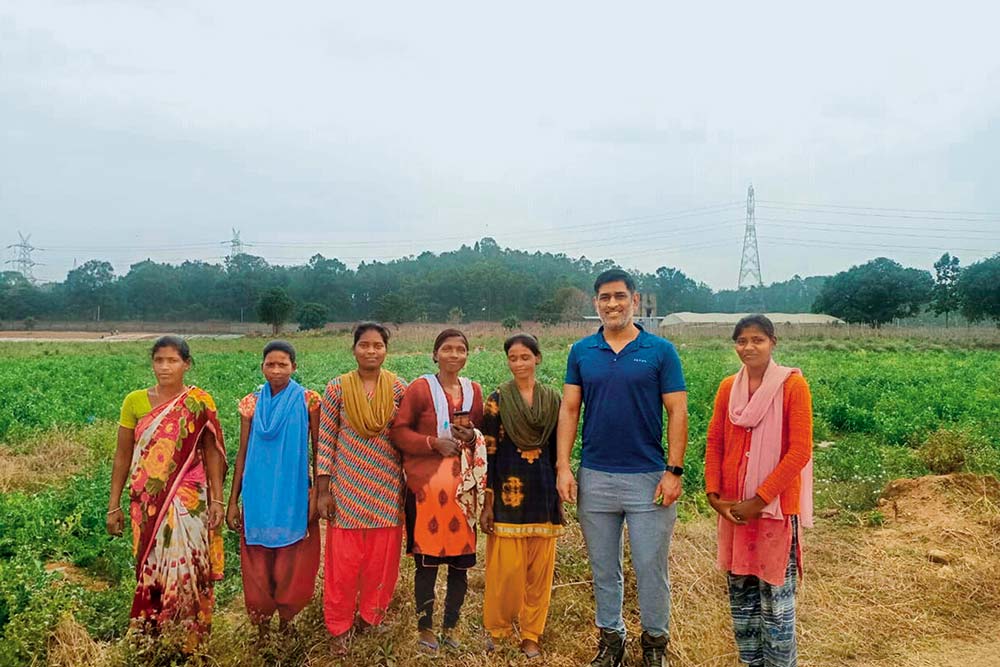 Golden Harvestor
Dhoni with some of the workers at his farm
Photographs by Karun Kumar
Navin Mishra February 10, 2021 00:00 IST Captain Pumpkin And His Papayas

Many give in to the good life; many head to the academy, giving neophytes the benefit of their experience as international cri­­cketers; some aim for high office in cricket’s labyrinthine bureaucracy; others head straight to a lucrative media career. Mahendra Singh Dhoni, mav­­erick and ‘captain cool’, chose the least trodden path—he’s a farmer now. After hanging his well-scuffed boots on August 15 last year, MSD has taken to organic farming on his spra­­wling farm near his hometown, Ranchi.

From growing seasonal vegetables and fruits to poultry and dairy, 39-year-old Mahi has been keeping busy in integrated farming, far from the hurly-burly of international cricket, where the fortunes of his beloved team fall and rise with every passing game. Already, there is a huge demand for fresh vegetables and dairy products from his farm in the local market, and he has plans to export them to the UAE.

Mohd Arshad, who sells strawberries, tomatoes and other produce grown at Dhoni’s farmhouse at Ranchi’s bustling...