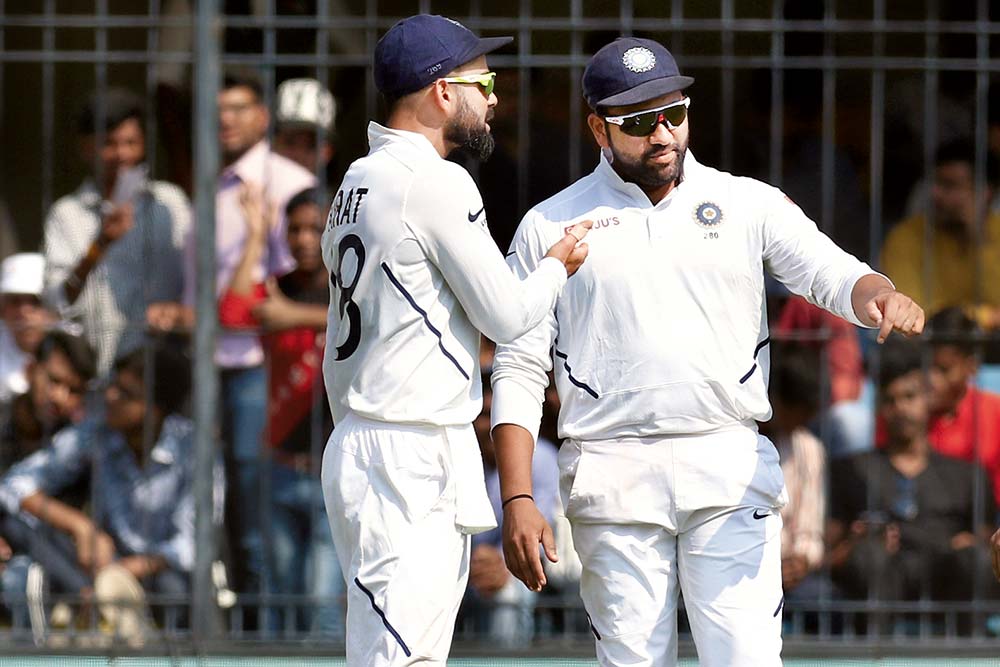 Celebrityhood can be a double-edged sword. Ask Virat Kohli. The punchline of a popular beer advertisement very much sums up how divided and vicious fans and ex-cricketers can be. Only flop shows by superstars unite them. It is one thing to lead an IPL franchise, another to captain the Indian cricket team. The knives were out the moment Royal Challengers Bangalore were knocked out of the IPL in UAE. Kohli had become an instant villain for once again failing to win the IPL title for RCB. For eight long years, Kohli has been unsuccessful as captain of one of the glamorous outfits in the world’s premier T20 competition. It perfectly sets up Kohli’s detractors.

With India embarking on a full tour of Australia immediately after the IPL, the obvious question started doing the rounds. Should Kohli relinquish the limited overs captaincy and hand it over to IPL’s most successful captain Rohit Sharma? The India-Australia series starts with the first of the three ODIs in Sydney on November 27. The ODIs will be followed by three T20 internationals before the four-Test...