A Midnight Coup -- How Sourav Ganguly Became BCCI President, The Inside Story 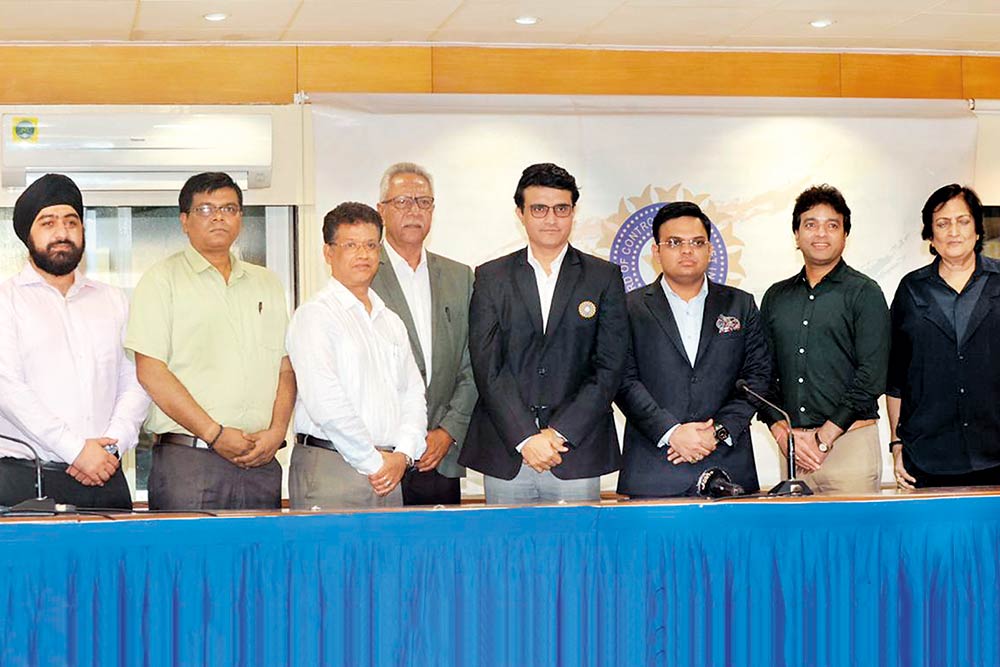 If cricket administration were the subject of a drama, the plot twists couldn’t get more suspenseful than this. Close to midnight on October 13, as over 50 cricket officials from across the country waited anxi­ously in the Sunset Hall of Trident hotel in Mumbai, former cricket supremo N. Srinivasan got “the honour” of announcing the ‘unanimously’ chosen candidates for the impending Board of Control for Cricket in India (BCCI) elections. A compromise had just been reached after many days of backroom lobbying, in which Union home minister Amit Shah was closely involved.

The irony was that of Srinivasan, 74, disqualified by the Lodha panel-written BCCI constitution, making the annou­n­c­ement. Another irony was that MoS for finance Anurag Tha­kur, who headed the largest, BJP-backed, group in the BCCI, had also been sacked by the Supreme Court, like Srini­vasan, a few years ago. Both were in the fight to control the BCCI.

The BCCI elections were being held after four years, and after the 33-month tenure of the...