A Long Cricket World Cup Is Good, A Team Has The Chance To Bounce Back: Kapil Dev

Cricket World Cup-winning captain Kapil Dev feels Virat Kohli should do his best with the team he has been given by the selectors. Winning the first two games will be crucial for the Indian cricket team 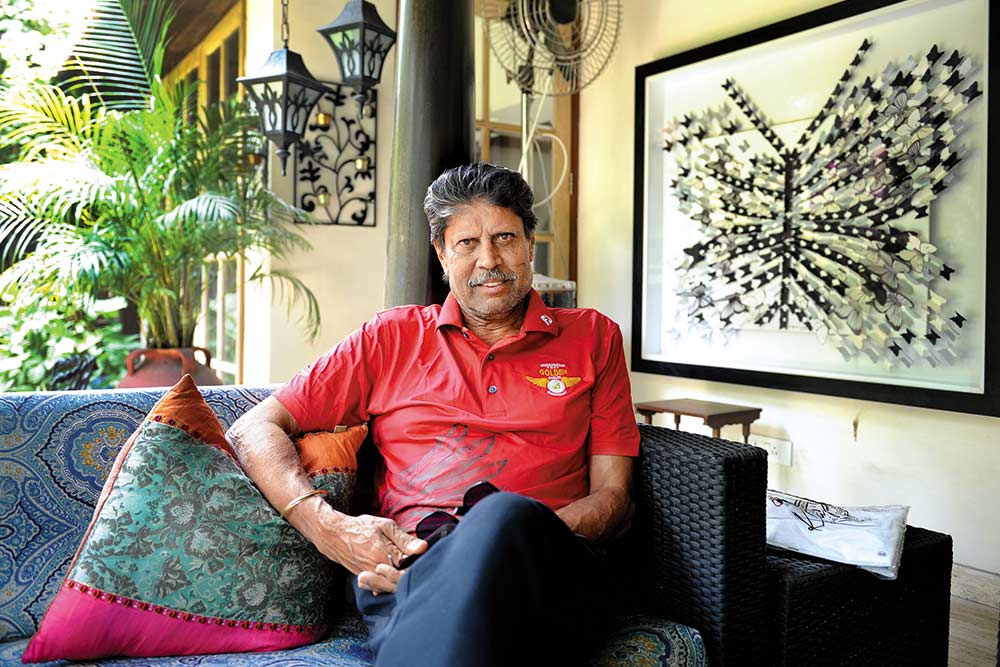 Photograph by Jitender Gupta
Qaiser Mohammad Ali May 16, 2019 00:00 IST A Long Cricket World Cup Is Good, A Team Has The Chance To Bounce Back: Kapil Dev

Legendary Kapil Dev Nikhanj captained India to their maiden World Cup glory in 1983. He still holds the record of being the youngest captain, at 24, to win a World Cup. Now 60, Kapil talks to Qaiser Mohammad Ali on the upcoming World Cup. Excerpts from an exclusive interview:

How do you see the team selected for the World Cup?

The game has become so big; everybody had his opinion about selection. I feel the selectors have done their job and I hope that the captain and management can come out and start winning matches.

Could batting be the weak link of the team?

I don’t even like to talk about that. Raising a finger at anybody is easy. The five selectors must have calculated, along with the captain, how to constitute the team. If they think it’s good enough, it’s good enough.

It’s a long tournament and there are only three specialist pacers, if you discount Hardik Pandya.

Why not consider Pandya as a fast...