Virender Sehwag retired from international cricket in 2015. Except for being denied a farewell match, Sehwag has no regrets in life. His endeavour to remain an entertainer and a good human being remains as high as ever 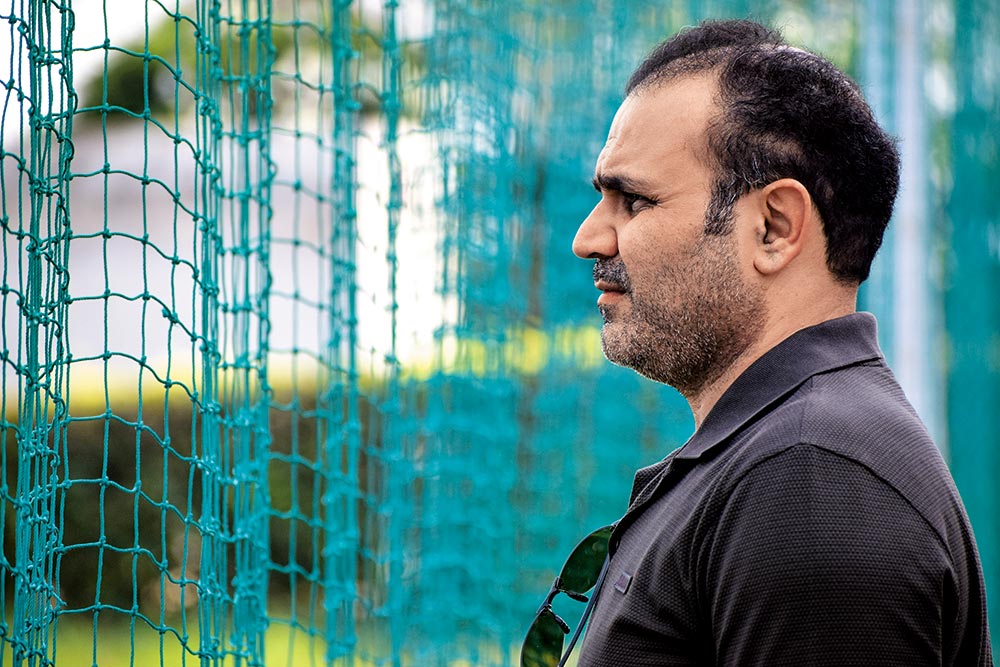 As ducks swim, Virender Sehwag timed the leather orb. Of the 17,253 international runs he scored, Sehwag’s innate ability to spank the cricket ball boiled down to precise hand-eye coordination. Bred on the grassless and matting pitches of northern India, Sehwag wasn’t to be restricted in the ‘V’, meticulously accreting runs like a Gavaskar. Flouting all grammar books, his first scoring shot would invariably screech through point or cover.

After officially mothballing his flannels in 2015, Sehwag’s retains that imm­aculate touch. He arrived well ahead of the scheduled appointment after inviting Outlook to his school in Jhajjar, about 35 km from Brigadier Hoshiarpur, on the way to Rohtak in Haryana. It’s here that Sehwag now lives his dreams—a second inn­ings that revolves around children, including his sons Aryavir, 12, and nine-year-old Vedant. This time, though, the copybook beckons Sehwag: as mentor he will allow himself no false stroke.

The Virender Sehwag International School is a two-hour drive from Chattarpur...