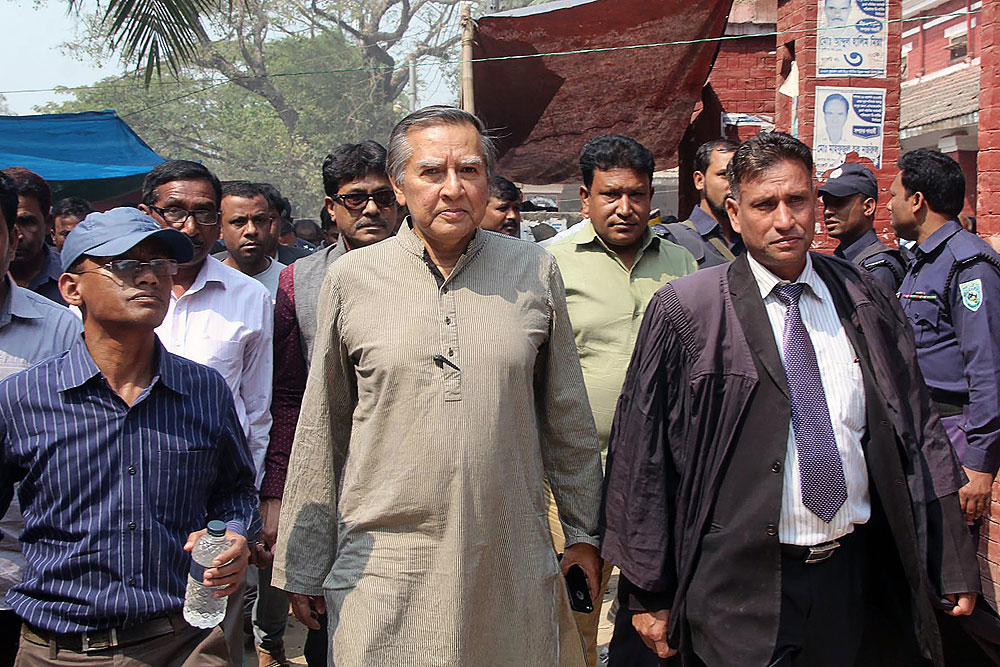 Bangladesh’s Awami League government of Sheikh Hasina seems to be following Narendra Modi’s example of silencing dissenters. How­­­ever, at the receiving end of Dhaka’s ruling party’s ire are not ‘anti-national’ students, but Mahfuz Anam, one of the country’s most celebrated journalists and editor of the Daily Star.

The newspaper is not only the most-read English daily of Bangladesh, but has also been a window to developments within the country for people who do not read Bengali.

Of the 79 cases that Mahfuz is charged with, 17 are for ‘sedition’, while the rest are for defamation, filed in 60 different places, and adding up to damages of a ridiculous 13.2 trillion takas (or over $100 billion).

The criticism against the Daily Star editor is that in 2007 he published stories planted by an army-backed caretaker government against Hasina and the Bangladesh Nati­o­nalist Party leader Begum Khaleda Zia wit­­hout the required ‘verification’. The reports of...