Will the NDA ship start sinking with Nitish’s refusal to accept Modi as captain? 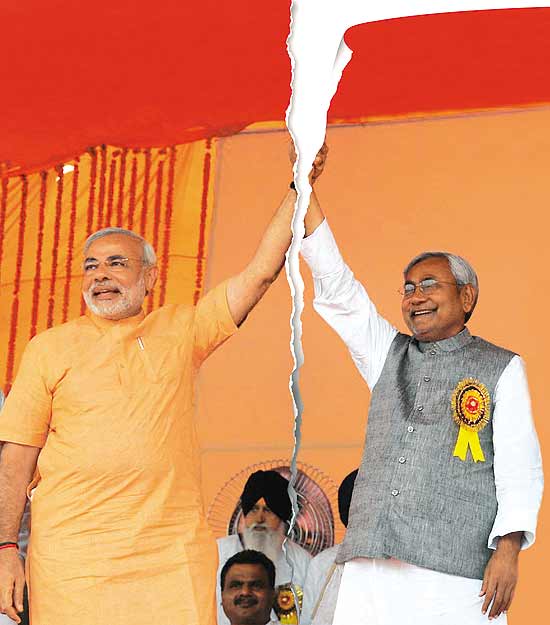 Do Modi, Nitish have a history?
In 2009, Nitish refused to let Modi campaign in Bihar. He returned a Rs 5-crore cheque Modi had sent for flood relief. He skipped a dinner in Patna where Modi was present after the local BJP unit ran a newspaper ad showing them holding hands.

Why the fresh flare-up?
To check Modi’s momentum after BJP’s national executive in Mumbai where he got Sanjay Joshi ejected. A third straight win in Gujarat could render Modi nearly unstoppable in his march to Delhi. Some BJP leaders are firing from Nitish’s shoulders.

Why is this so important now?
Neither Congress nor BJP will get a majority in the next poll. If...