Split Between A Cross And A Jab

Vijender corners pro-boxing glamour in India, as a fractured field prepares for a surge in interest 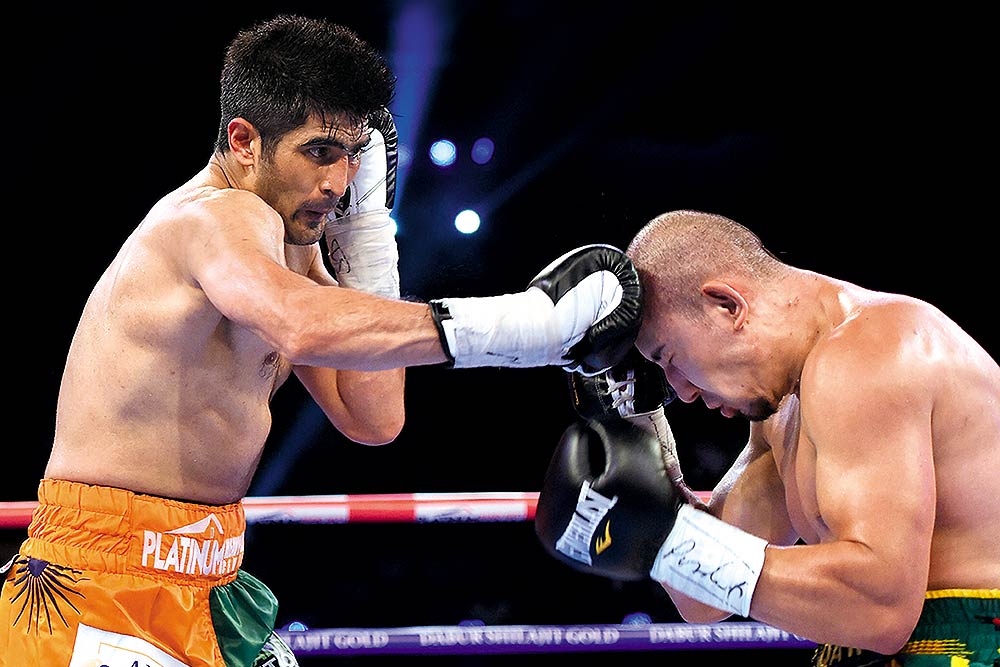 Take That
Vijender gets through the defences of Zulpikar Maimaitiali
Photograph by PTI
Qaiser Mohammad Ali August 17, 2017 00:00 IST Split Between A Cross And A Jab

See him strut around on television, with his now-trademark pose of gloved arms framing his face. Vijender Singh’s pun­ches tell a tale—the Olympic bronze medallist has won all nine bouts that he has fought as a pro- boxer in a little over a year. His latest victory, over Chinese No. 1 Zulpikar Maimaitiali this month, fetched him both the WBO Asia Pacific Super Midd­leweight and the WBO Oriental Super Middleweight belts. There was, however, a not-so-encouraging side to ‘Battleground Asia’ on August 5, the day Vijender won his 10-round double title fight in Mumbai. Six other Indians—including pro-boxing debutants and 2008 Olympic quarter-finalists Akhil Kumar and Jitender Kumar—also won their bouts. But all the hype was only around Vijender.

A partisan media reported in glowing terms 31-year-old Vijender’s well-des­erved triumph, and largely ignored the other winners—they are perhaps not deemed marketable. The handsome Vijender continues to be the most sought after Indian boxer, while the others play second fiddle,...