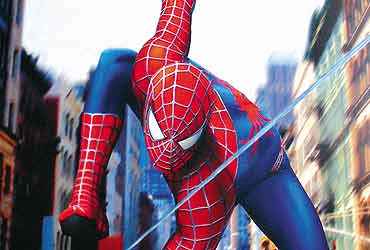 "With great power comes great responsibility." This was the oft-repeated message in the first Spiderman movie, which introduced troubled teenager Peter Parker and his wall-crawling alter-ego to the big screen. The cast and crew of Spiderman 2 obviously got the message. They had great power—the studio, the comic-book, the talent—and with it great responsibility; the expectations of moviegoers worldwide. A responsibility they have fulfilled beyond all expectations—Spiderman 2 not only overshadows its predecessor, but is also the best superhero movie made yet.

While the special effects, especially the free-falling fight sequences, are spectacular, the strong characters and involved acting are what reel you into the web. This is a movie where the costumed caperer is unmasked both physically and emotionally. Maguire and Dunst excel as Parker/Spiderman and the love of his life, Mary Jane...