Is Yediyurappa going? Or not? This tenure has always been rife with an existential threat for the Karnataka CM. Another scene, another act, but the protagonist is still on stage. 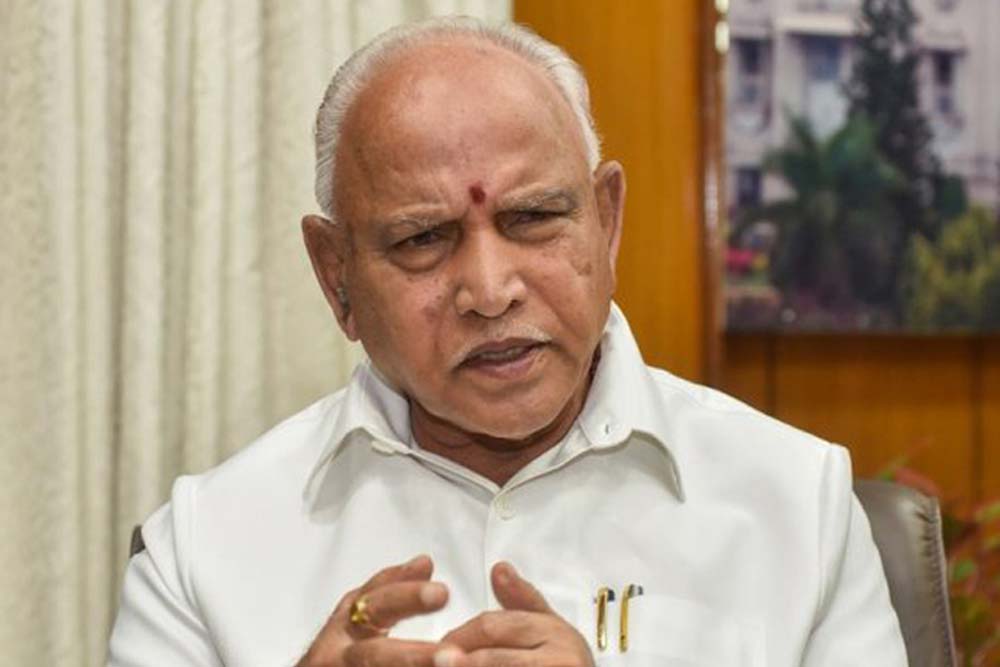 The enduring speculation over Karnataka chief minister B.S. Yediyurappa’s future swirled again last week—fuelled by the Delhi visits of state minister C.P. Yogeeshwara, who has been an open critic, and the CM’s son B.Y. Vijayendra. Yet, Yediyurappa stirred political circles afresh when he, unusually enough, chose to answer the question about a change of guard.

The 78-year-old veteran said he would continue so long as the BJP high ­command had confidence in him. “The day they ask me to step down, I will resign and work for the welfare of the state,” he told reporters. The CM’s comments, some loyalists said, were aimed at his detractors as dissident voices spring up every now and again.

Speculation over Yediyurappa has been an ongoing feature of Karnataka’s BJP government over the past year, even amidst the Covid ­crisis. His loyalists have pointed to the Delhi visits by legislators to meet the party top brass as evidence that efforts to unseat Yediyurappa were on.

The CM, meanwhile, says ­controlling the...