Self-goal by the Congress in Pondicherry 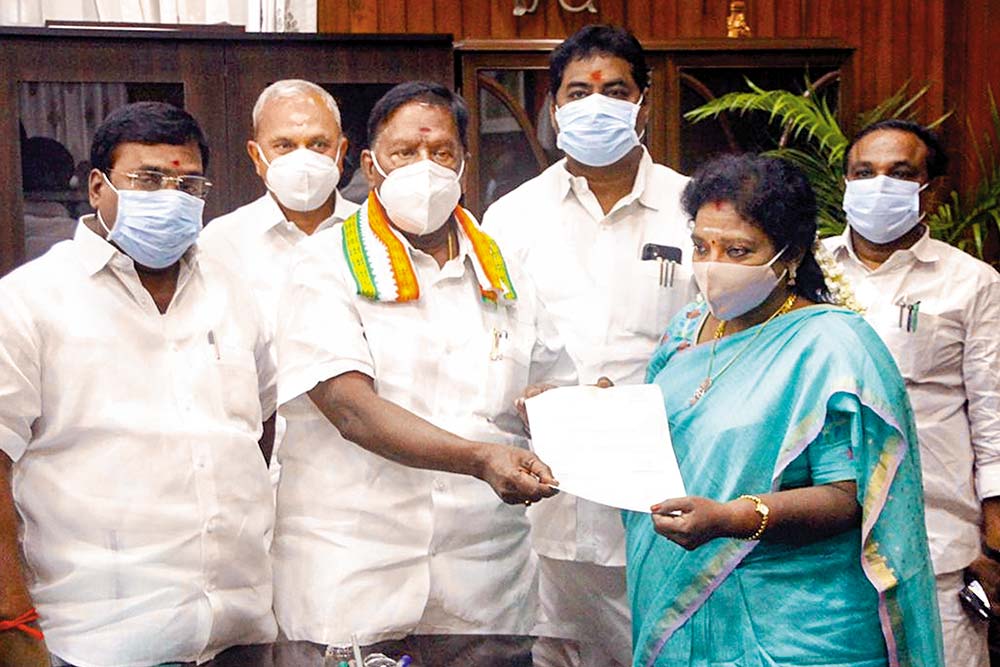 The only Congress government in the South—led by V. Narayanasamy in Pondicherry—sputtered and collapsed in slow motion a few weeks before the Union territory was to elect its next assembly. The symptoms were there for everyone to witness—defection of two MLAs followed by a couple of more resignations just before Rahul Gandhi arrived on a visit, and two more resignations ahead of the trust vote in the assembly. And yet the Congress leadership failed to take any defensive action to stem the rot, allowing the Narayanasamy government to be undermined from within, with a helpful nudge from the BJP.

The Congress failed to learn from its past mistake of replacing a local strongman, N. Rangaswamy, with a lightweight in September 2008 though the former had led the party to power in 2006. Rangaswamy floated the NR Congress and captured power in 2011. Again, when E. Namassivayam managed to win in 2016 and became the MLAs’ choice for CM, the high command denied him the post and nominated Narayanasamy. After nearly five years as PWD minister, Namassivayam joined...