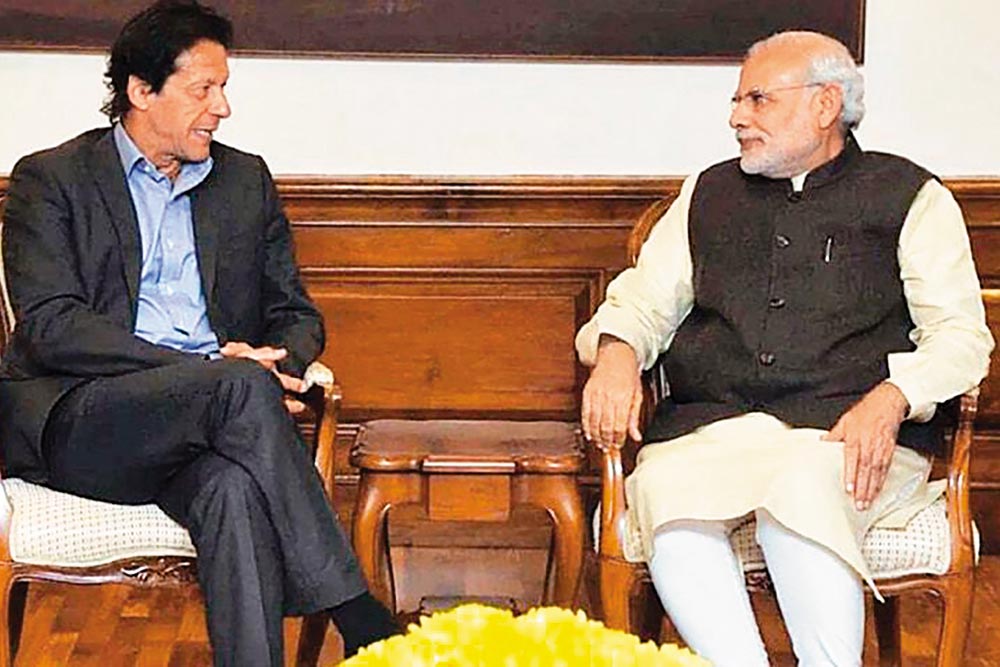 Narendra Modi with Imran Khan in New Delhi, in 2015

When Narendra Modi was elected prime minister, he invited his counterparts from all the SAARC countries, including Nawaz Sharif from Pakistan, to his inauguration. There was, accordingly, considerable excitement in Pakistan, especially as Modi’s association with the Gujarat killings of 2002 and his alleged Pakistan-baiting led many Pakistanis to respond to his election with apprehension. Nevertheless, there was scepticism as to whe­ther Pakistan could fit into India’s ‘Neighbourhood First’ policy.

Sure enough, the cautious optimism soon gave way to the usual rancorous blame game and mutually exclusive narratives that have alienated the two countries from each other and frozen their relationship in a state of ‘no war, no peace’. Over the decades, there have been short-lived thaws in the relationship. But the ice between the two countries is so deep that nothing less than ‘climate change’ (figuratively and act­ually) can have the energy and momentum to melt it enough to open up a new prospect in the relationship....