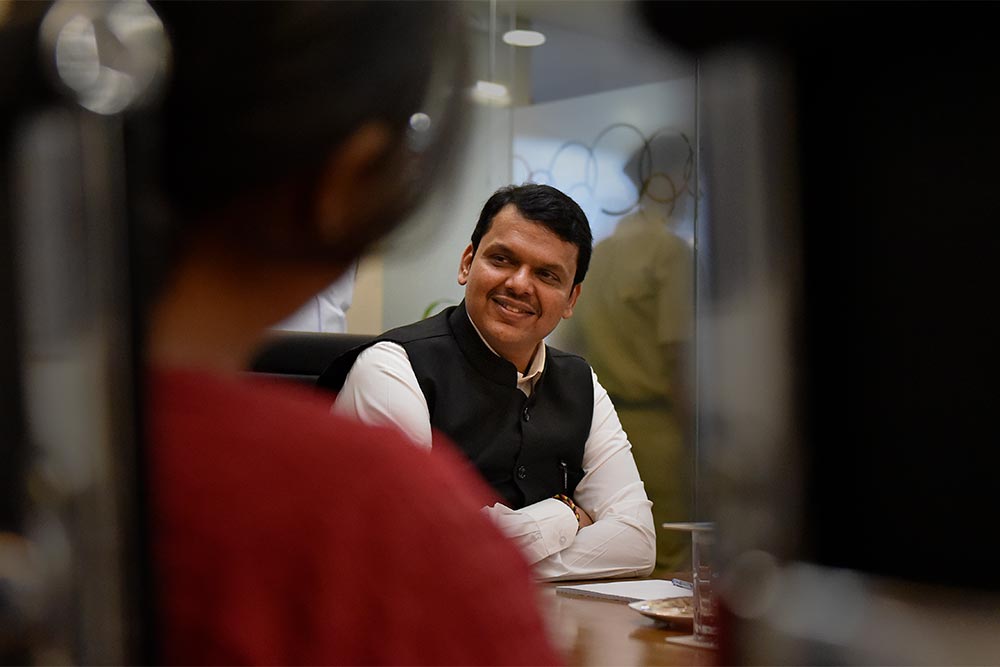 Maharashtra chief minister Devendra Fadnavis was hurtling from one development project to another in the first two years of his government when the Maratha agitation hit the state like a bolt from the blue. In a freewheeling interview to Out­look, Fad­navis spells out the primary reason behind the Maratha protests, clears the mist over his meeting with Raj Thackeray and shares his vision for the inclusive growth of his state. Edited excerpts.

After a long time, the Marathas don’t have a chief minister in Maharashtra. The same is the case with the Jats in Haryana. Is the loss of power a primary reason behind the unrest among intermediate castes?

Has your Brahmin identity helped you in such a...