Historically, India has an abysmal track record in ensuring education to ‘children with disabilities’, who have been excluded from the general schooling system and placed in ‘special schools’. 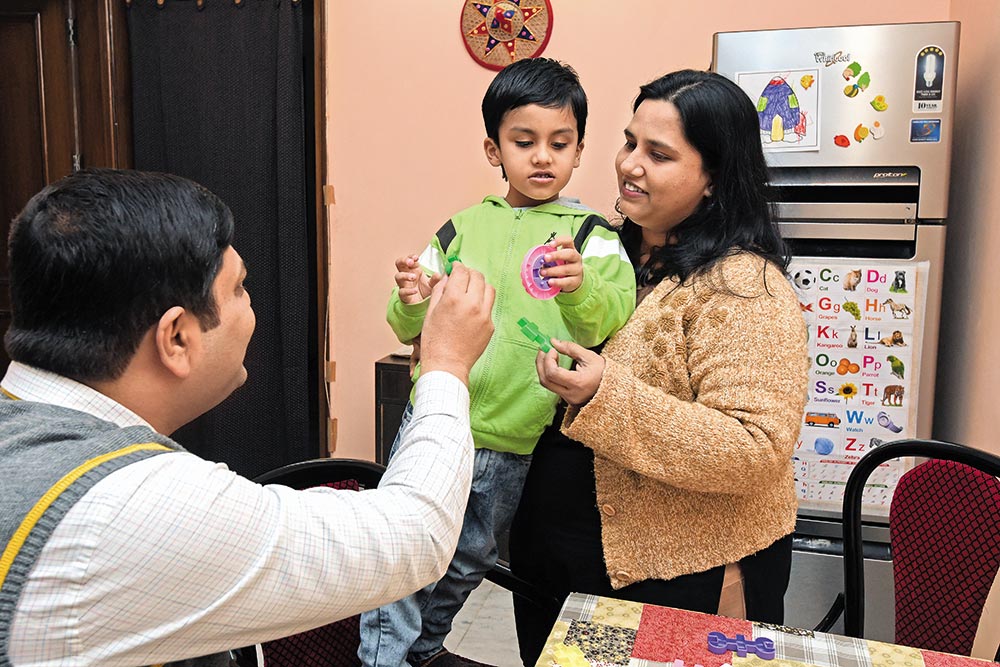 Always Special
Sanchit Sahu of Delhi has faced several hurdles in getting his son admitted to school
Photograph by Tribhuvan Tiwari
Lachmi Deb Roy February 06, 2019 00:00 IST India Still Doesn't Have A Proper System To Ensure Education To Children With Disabilities

Four years ago, Calcutta-based Devika Biswas was faced with one of the biggest challenges of her life. Her four-year-old son had been diagnosed with autism and attention deficit hyperactivity disorder (ADHD), just when he was about to start school. Over the next few months, Devika, a single parent, made countless trips to different play schools in the Bengal capital but none was willing to take in the autistic child. Most of them had the same excuse: it would become a stressful environment for teachers and caretakers to take care of a child who is “not normal”.  He was ultimately admitted to a school but Devika’s search continues for a better place which will be able to adress her child’s needs.

Delhi-based Sanchit Sahu’s travails are similar. Father of a five-year-old son with autism spectrum disorder (ASD)—leading to restricted speech development—Sahu too has run into multiple hurdles in his quest to start his...