Red Bricks And Sand For Nourishment? Horror Tales Of Pregnant Women In UP Villages 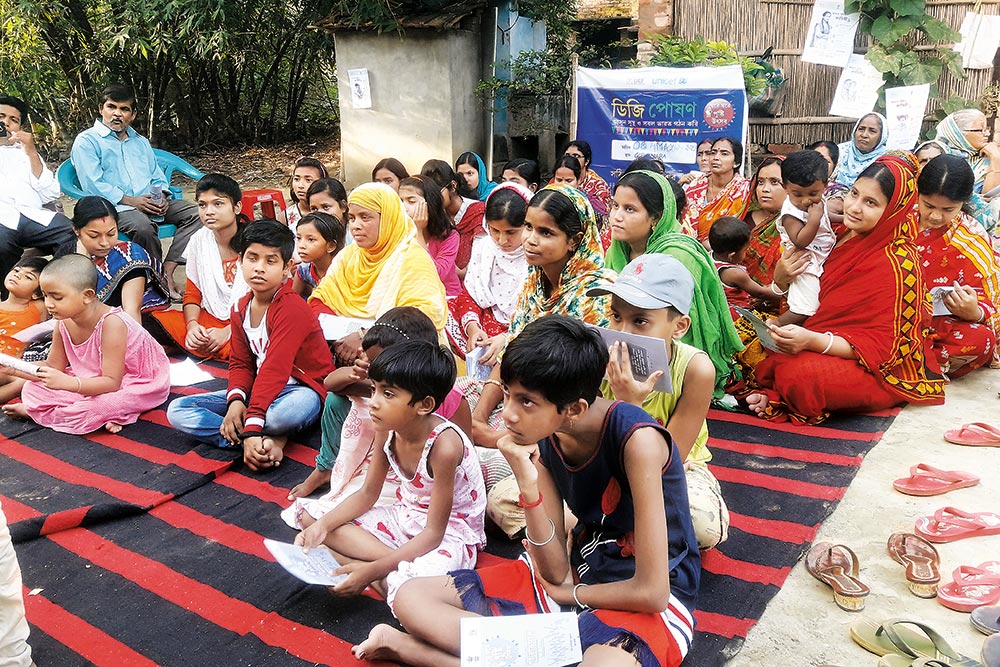 Taboo-Busting
A Poshan workshop at a village in Murshidabad, West Bengal

Laxmi had seen childbirths in her village, assisted midwives, and helped expecting mothers. But she was unable to und­erstand the possible reasons for her own ordeal—excessively swollen feet and hands, protruding eyeballs and loss of appetite. She suffered it all. Eight months pregnant, this woman in her mid-twenties used to live alone during the day as her husband worked in the field. “I thought we were being punished for our bad deeds; nobody faces such troubles during pregnancy,” she says. She had developed an unusual habit: “I started liking the taste of red bricks and sand; didn’t know what was happening to me.”

It was only in her third trimester, after attending community dialogue sessions by Prerak Vandana Pandey of Poshan (the PM’s Overarching Scheme for Holistic Nourishment), she understood what was ailing her. “She was ignorant of her diet through a major part of the gestation and became deficient in important nutrients,” Pandey recalls. She suffered from severe oedema that caused a bloated body. Her...