Old-Age Homes: Are They A Place To Live Or Die?

Acute lack of geriatric care in India and lack of a voice for senior citizens is making life impossible for the elderly community. Old-age homes are no more a solution 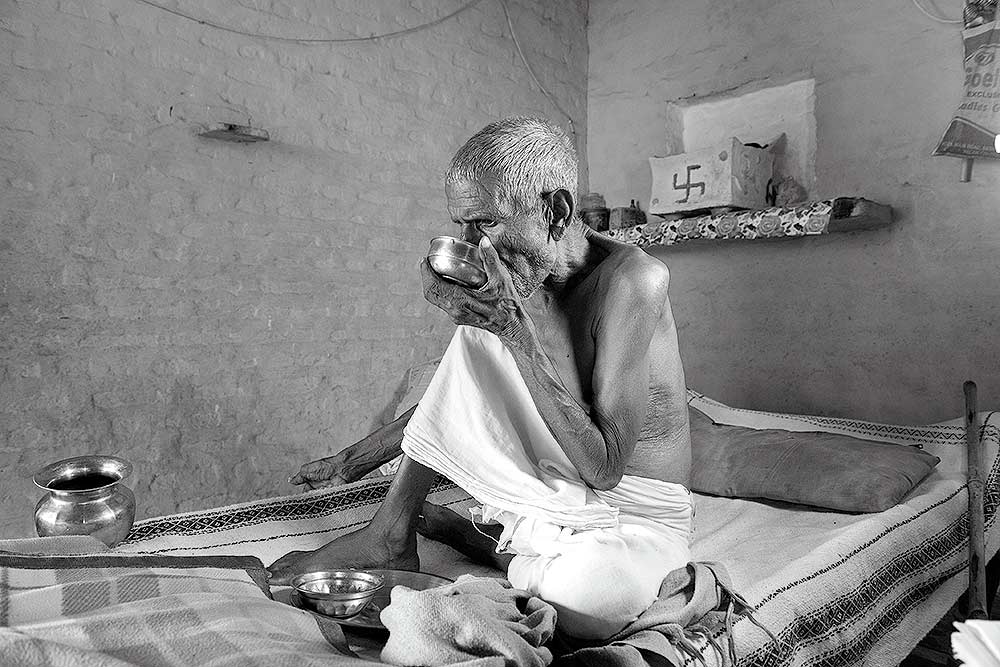 Striving Seniors
Sadi Ram, 74, is a farmer in Bisaich, Uttar Pradesh
Photograph by Jitender Gupta
Siddhartha Mishra July 10, 2019 00:00 IST Old-Age Homes: Are They A Place To Live Or Die?

Alpha, omega, tau, proclaim the signs on the highway. Beyond the Greater Noida sectors named after Greek alphabets, a dirt underpass branches off from the spanking Eastern Peripheral Expressway to the dusty village of Bisaich. It is located on the fringes of the National Capital Region, but is a world apart from the neighbouring upscale sectors.

However, Bisaich, which gets power supply for only half the day, has something in common with Japan and Scandinavia—many of its residents are old or getting there. In the courtyard of a house close to the Baba Mohan Ram temple, eight men between 50 and 70 sit around a hookah, immersed in ­animated conversations. When asked about the elderly population, they estimate that three out of 10 people in the village are above the age of 60.

Sadi Ram, a 74-year-old farmer who has lived here since he was born, is reclining on a khaat. He is a proud father of six children—five boys and a girl—all of...