A Requiem For Kempty

When hypertourism fell on Mussoorie’s once quaint Kempty Falls 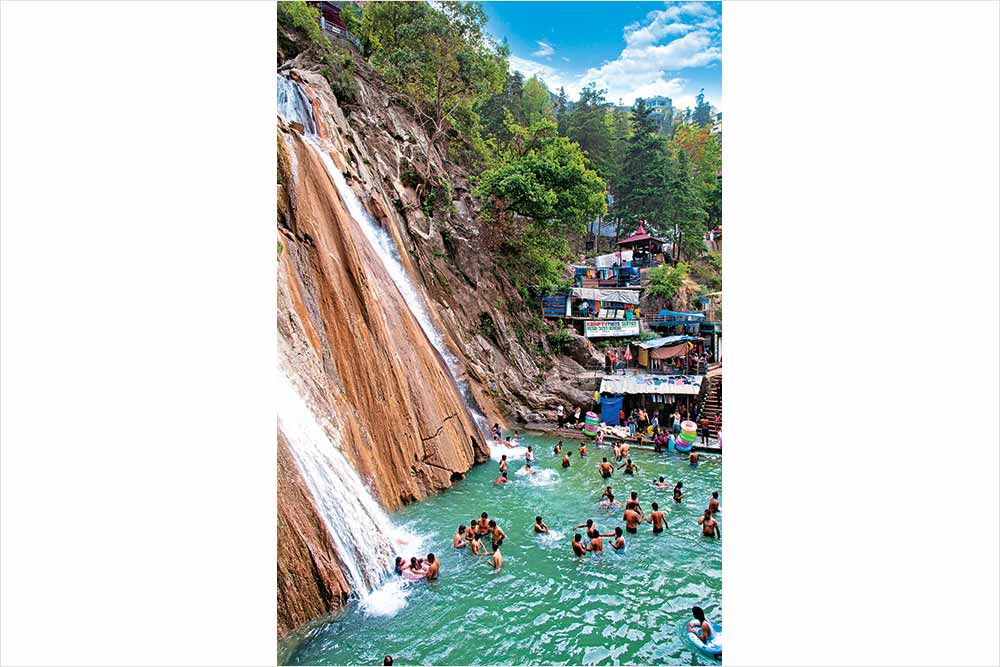 Eight kilometres west of Mussoorie, halfway down to the Yamuna River, lies Kempty Falls, which has been a tourist attraction for more than a century. It is an impressive natural phenomenon, where a sizeable stream plunges a hundred metres down the grooved flank of the ridge. These spring-fed waters have their source farther up in the forested valleys skirting Benog Tibba. During the monsoon, the flow is heaviest though the falls can be seen throughout the year, even in the driest months of summer. The motor road crosses a bridge at the upper end of the falls, overlooking a large pool at the bottom, which has been dammed for wading and swimming.

Fifty years ago, when I was a boy, only a couple of small restaurants stood next to this pool, serving snacks and cold drinks during the summer season.  In a shallow cave beside the bridge, an elderly man sold cigarettes and brewed tea over a wood fire. Buses and taxis brought tourists from Mussoorie in May and June but for most of the year there was seldom a crowd.  Rickshaws, pulled by four men, transported...