So Where Are Those Grey Cells?

'Whitewashed' again.... Should Dhoni go? Maybe not yet, but he must rethink tactics. 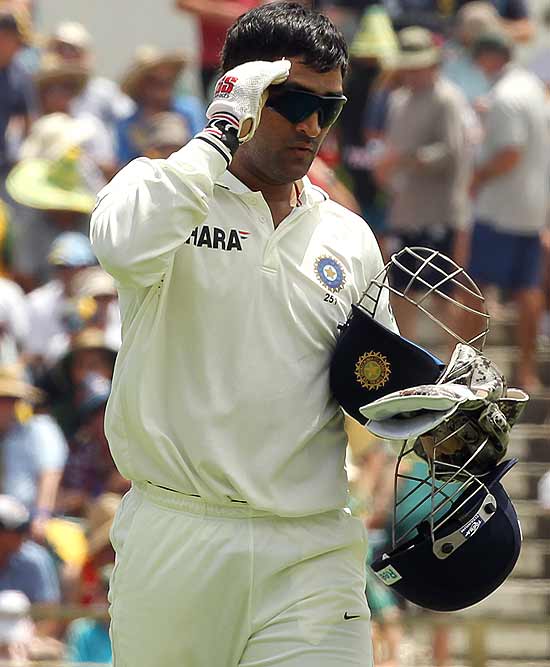 “I think he [Dhoni] doesn’t trust his bowling attack as much as I think he should.... That is a slightly defensive mindset he has got into.”

“As a Test captain, he’s too reactive and has a tendency to let the game meander along. When a captain starts to hinder his team, he needs to be replaced.”

“His (Dhoni’s) Test captaincy has been obnoxious. If the World Cup was not less than a year away, I would have agreed that Dhoni should be removed as captain.”

“Dhoni is a defensive captain, one who allows the opposition to make a comeback in the game.”