He's an ill-adjusted organism in a madly careening world. Sandhya Mulchandani traces the blurry outlines of a species caught between fixed archetypes and situations sans precedents. 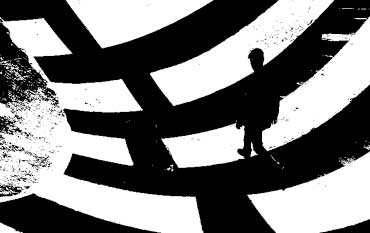 Friedrich Nietzsche's wisdom was followed up by Freud, who despite 30 years of research into the female psyche floundered for the answer to what women want. A century later, there are no answers, only more questions—and this time around it's the women asking them. Why are men the way they are? What is it they want from their lives, more specifically from women?

Science and hormones provide clues but no answers to what men—much less Indian men—seek. The quest for a more rewarding existence has turned into a war zone littered with the landmines of equality, violence and gender. Expanding economies carry with them expansive aspirations, and Indians who for so long were comatose under the seductive balm of 'karma' have woken up to want, desire, discontent.

Modernism, relishing in blurring defined lines, leaves no guidelines for the confusing plurality that has come in its place. When the ideals of Lord Rama, the...