As the BJP targets Bengal, Mamata looks at the Left, which has eyes only for the Congress. She’s a leading mover behind talks for an inchoate ‘federal front’. 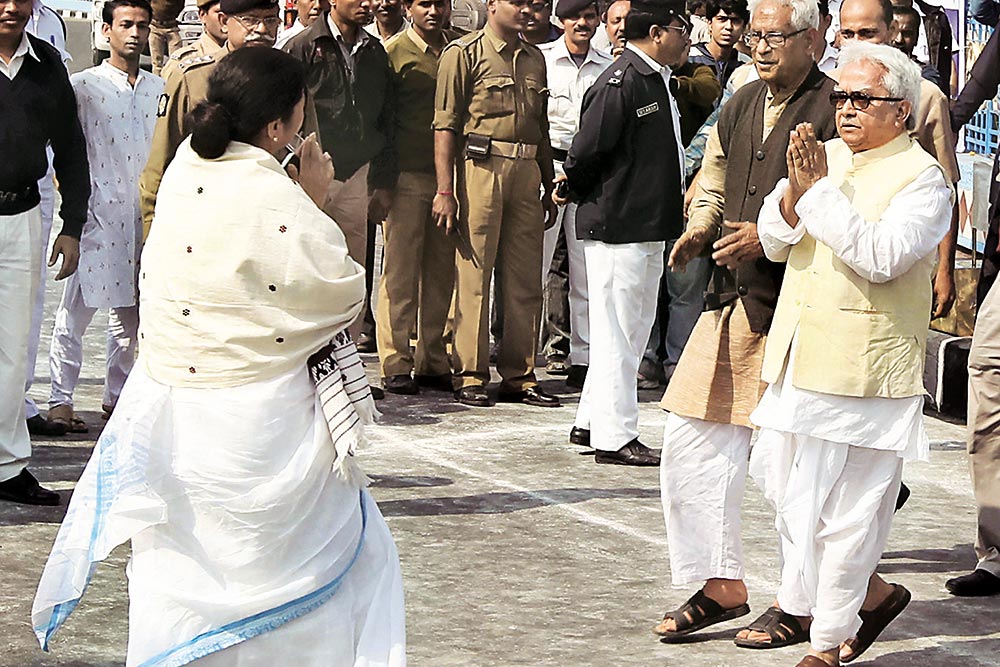 It is unusual for chief ministers to meet each other bilaterally to discuss national political developments. Mostly, their interactions are restricted to events in New Delhi, convened by the Union government. On the rare occasion when they take place, they are restricted to thrashing out thorny, sticky issues and to help put relations back on track.

However, such a truism doesn’t apply to Mamata Banerjee. Over the past eight years and since coming to power in 2011, the West Bengal chief minister has been either busy meeting or in getting in touch with her counterparts from Tamil Nadu (J. Jayalalitha), Uttar Pradesh (Mulayam Singh Yadav), Delhi (Arvind Kejriwal), Bihar (both Laloo Prasad Yadav and Nitish Kumar) and Orissa (Naveen Patnaik).

Her efforts had begun before 2014, but since Narendra Modi led the BJP to an emphatic victory at the Centre, they have been pursued with periodic intensity. The objective of all the confabulations has been to forge a coalition of anti-BJP forces to counter a rising tide of right-wing influence.