Silence Across The Spectrum 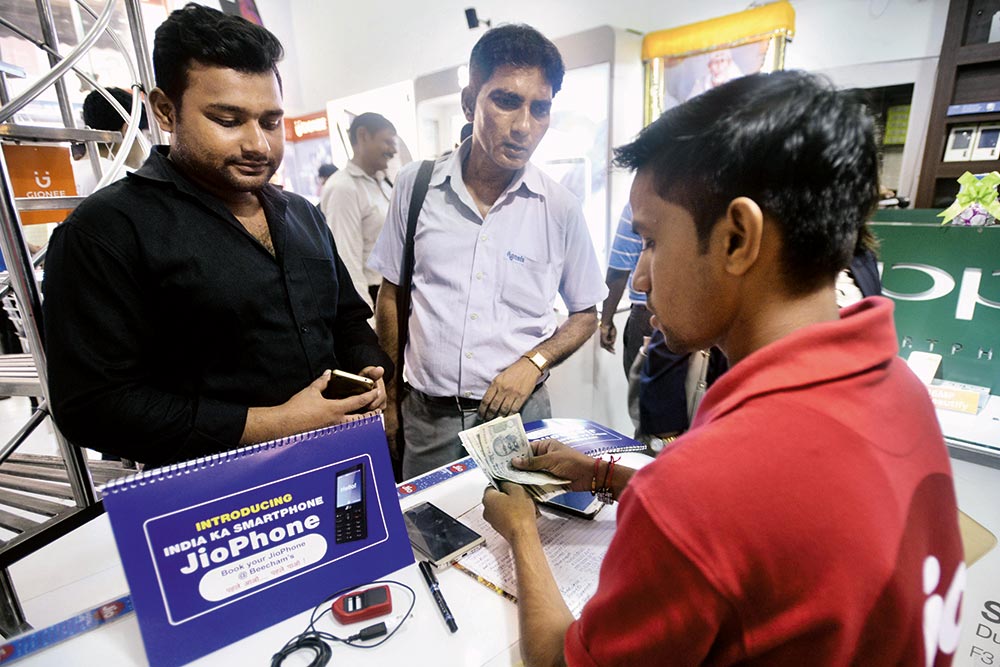 Of 190 Million
A customer signs up at a Reliance Jio store in Delhi
Photograph by Getty Images
Arindam Mukherjee May 30, 2018 00:00 IST Silence Across The Spectrum

It can only be called an ­inevitable sectoral plunge. Last month, India’s largest telecom opera­tor and ind­ustry ­bellwether, Bharti Airtel, rep­orted its first net quarterly loss for its India operations in over 15 years. The net loss before exceptional items of Rs 652.30 crore came in the last quarter of 2017-18. In the previous year, the company had earned a net profit of Rs 770.80 crore for the same period.

For Bharti Airtel, revenue from its India business makes up about 77 per cent of its total revenues. The company’s consolidated revenue fell by 10.5 per cent to Rs 19,634 crore against Rs 21,935 crore last year, with tariffs from voice and data falling sharply. Revenue from the company’s India operations fell by almost 13 per cent, to Rs 14,795.50 crore.

The other two telecom biggies, Vodafone and Idea, have also reported significant losses. Idea Cellular reported a three-fold increase in its net loss, at Rs 962.20 crore, for the fourth quarter of FY 2017-18. Last year, it had reported losses of Rs 327.7 crore. This was...