Signing A Register And Living In A Ghetto

As Islamophobes rejoice in the age of Trump, Muslims say the Democratic legacy didn’t promise any better 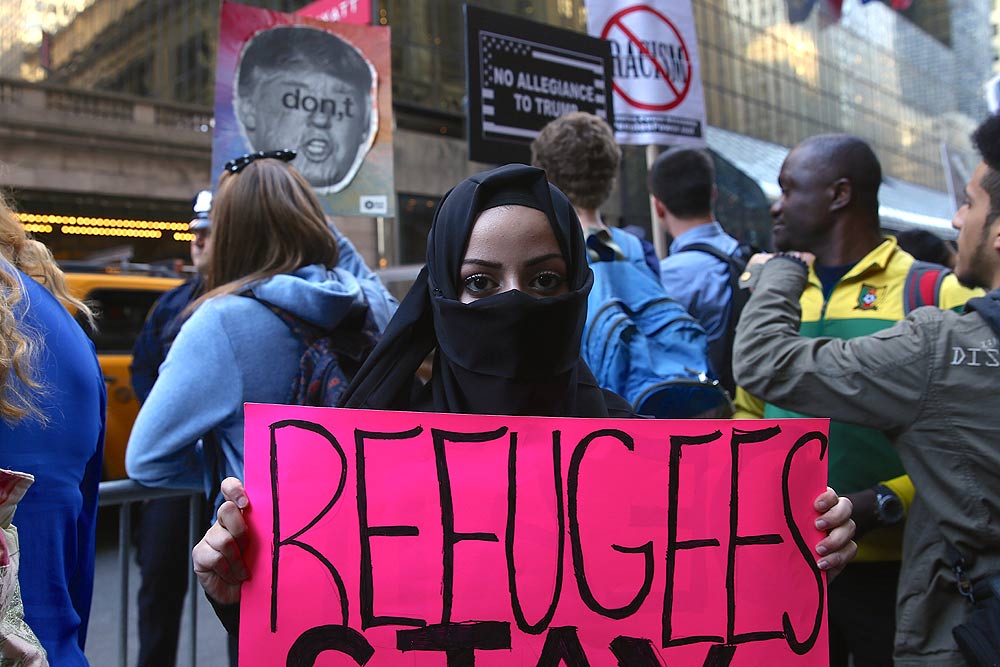 No To Racism
Protests against Trump’s Islamophobe speech in New York
Photograph by Getty Images
Saif Shahin November 24, 2016 00:00 IST Signing A Register And Living In A Ghetto

Clad in yoga pants and a tight denim jacket, Layal Orra sits cross-legged on her couch, wat­ching a Sunday evening NFL matchup. Every once in a while, she readjusts her glasses and the burgundy hijab tied loosely around her hair. The third-generation Lebanese-American, born and brought up in Toledo, Ohio, works as a beautician at a local salon and cares more about sports than politics. She confesses that she didn’t vote in the recent presidential election. “But my family did,” she adds with a smile. “And they all voted for [Donald] Trump.”

Although Trump won the election, that is still a surprising thing to hear from a Muslim—especially one like Orra. A hijab-­wrapped woman of Arab descent, Orra, 29, embodies everything that Trump’s year-and-a-half long Islamo­phobic and misogynistic campaign ridiculed and vilified. In December last year, Trump demanded “a total and complete shutdown of Muslims entering the United States” on the grounds that Muslims were “terrorists.” Calls for mass deportations...