Much hinges on whether the CM has shuffled his cards well 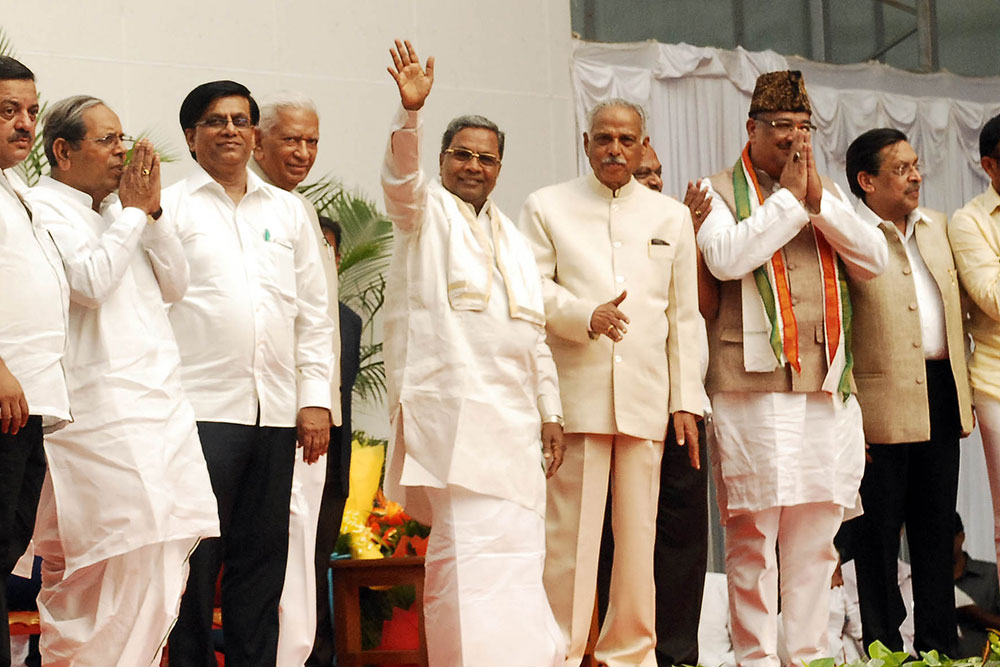 As he sat down for some deep- breathing exercises on Yoga Day, Karnataka CM Siddara­maiah had just completed a long-overdue cabinet reshuffle. Many of the 14 Congress veterans dropped from the cabinet muttered that the party didn’t need any help from the BJP for a “Congress-mukt Bharat”, given that Karnataka is the only big state left with the Congress. Bandh calls, protests, some street violence and not-so-pleasant accusations followed.

“Are we some old pairs of slippers to be discarded like that?” asked M.H. Ambareesh, 63, the actor-politician from Man­­dya, the Vokkaliga heartland, who res­igned as MLA when he was dro­pped. “I was a cabinet col­league...