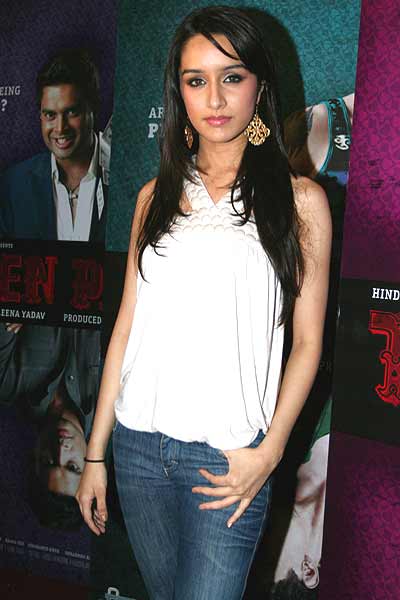 How did you get the film?

The producer saw my picture on Facebook and got in touch with me.

Were you influenced by your father?

Did you train in acting?

After college I took lessons with Mohit Sugnayak. For Teen Patti, I trained with Royston Abel, Ashley Lobo and Barry John and had script readings with Leena Yadav, the director.

How was it meeting Amitabh Bachchan?

I first met him as a little girl at his Holi party. It was only on the first day of the shoot that I properly met him. I was nervous. But he came across as humble and approachable.

How was it acting with the Big B?

I remember this one scene, he was so kind he asked me, “Shraddha, would you like to do this scene from the top so that you get into the mood?” I thought that was thoughtful.

Tell us about your...