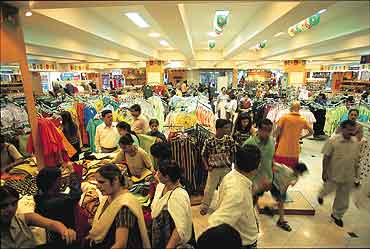 In the run-up to the budget, the common man had two fears. First, although inflation came down from the high 8.7 per cent last August to 5.01 per cent this February, there were fears that Chidambaram might be heavy-handed with tax on goods, which would have played havoc with household wallets. Second, of course, was the fear that more services would be taxed, and the rate may also be increased. With the government bringing in services into the tax net over the past few years, it's the average buyer who ends up paying more for even basic services.

Fears allayed
When Chidambaram read the budget speech on the afternoon of February 28, Indian consumers were pleasantly surprised. For one, Chidambaram didn't mess around with indirect taxes—import and excise duties—to raise money. If anything, he lowered duties on many items.

More than anything else, though, he...