Shoot Madi! Is The Bangalore Police Getting Trigger Happy?

As the tech city swerves out of crime control, Bangalore police, wanting in numbers, send a trigger-happy alarm with 30 shootings in 2018 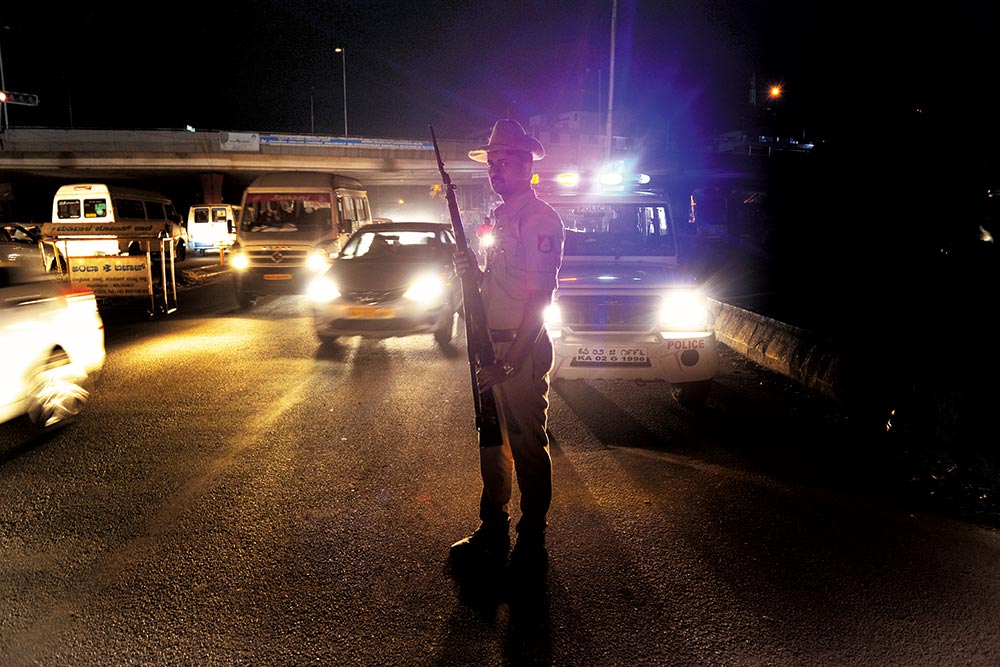 It’s well past midnight on a Friday but the outer ring road cutting through Bangalore’s tech corridor still has a steady flow of traffic. IT workers returning home after wrapping up their assignments for the weekend; friends heading back after a night of pubbing; Ubers and Olas taking passengers to and from the airport. Large glass-fronted buildings—many of them fully lit up at that late hour—line this stretch. At a police station next to a tech park, a young, quarrelling couple is registering a complaint, with an elderly parent in tow. Nearby, some decoy cops are out on the road, posing as late-shift techies and hoping to trap muggers, especially those offering lifts in cabs.

For the cops in this area, this is part of the daily drill. Around eight decoy teams are deployed most nights. The 17-kilometre outer ring road arc passing through his division, says deputy commissioner of police Abdul Ahad, “has the largest concentration of...