US critics pan 'The Four Feathers', though it's an eerily topical film 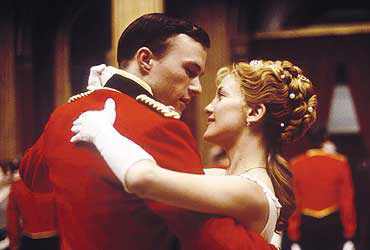 outlookindia.com
-0001-11-30T00:00:00+05:53
SHEKHAR Kapur has never faced such flak before. The Boston Globe calls his much-awaited new film The Four Feathers "as moth-eaten as a Bengal tiger rug on the floor of a London men's club". The New York Times is as unsparing. "The picture's wheezing fussiness and devotion to the British empire and its minor nods to questioning unthinking loyalty to an ideal make The Four Feathers a possible first of a kind: a movie that's half-hearted about ambivalence," writes Elvis Mitchell in the paper. And AP film critic Ben Nuckols laments that the film proves that Kapur's "cinematic assuredness has eroded in the nearly four years since his last film".

This is disturbing tidings for the Indian director who was surely expecting The Four Feathers to repeat the commercial success of his last film Elizabeth. Kapur's film—the seventh remake of a sweeping epic set in 19th century England and Africa—opened last week to a tepid $7.1 million at the American box office. That tied it for fourth with Ballistic: Ecks vs. Sever, the Antonio Banderas-Lucy Liu...