A former schoolteacher of Pakistani origin, raised in the UK, she reinvented herself as a stand-up comedy artiste 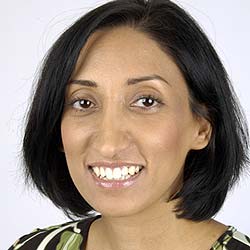 outlookindia.com
-0001-11-30T00:00:00+05:53
So you’re teaching Indians to take themselves less seriously and appreciate comedy?
I think Indian humour is very repressed and if you push the button, they’ll explode. They couldn’t get enough of it at my shows.

You’re a Muslim woman with parents from Pakistan, and you’re raised in Britain. What does that make your humour?
Very British.

So you’re poking fun at the veil at a time like this—how brave of you.
I don’t have one joke like that. It’s propaganda. The press likes to create controversy. I talk about my life, not make fun of any community.

What happens if no one laughs?
Oh, that happens all the time, especially in different countries. I improvise, I talk on and hope I’ll say something funny eventually.

Aren’t your parents worried about getting you married?
They’ve been thinking of it since I was 9.

Any Indian men of interest?
They look the same to me—greasy hair, big moustache. Maybe I can laugh them into bed.

So the press played spoiler by...